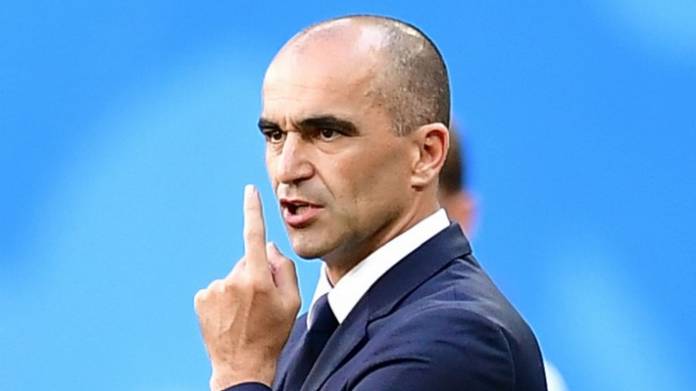 Belgium head coach Roberto Martinez has emerged as one of the top contenders to become the new manager of Real Madrid.

The Champions League holders sacked Julen Lopetegui on Monday night after their 5-1 defeat against rivals Barcelona in El Clasico at the weekend. Lopetegui’s four-month spell ended after recording just six wins from his 14 matches in charge.

Real have announced that the club’s B team coach Santiago Solari will be in temporary charge of the first team. Solari could land the job on a permanent basis if he turns around results on the pitch.

But former Everton manager Martinez is a “shock leading candidate” to take over at the Santiago Bernabeu. After leading Belgium to third place at the World Cup this summer the Spaniard’s stock has “never been higher”, says the Daily Mail, and he has an “outstanding chance to land the biggest job in club football”.

According to The Sun, Real are “seriously considering” Martinez should they miss out on Mauricio Pochettino.

The Tottenham manager is Los Blancos’s top choice and they could offer a double-your-money deal to lure him from north London. In a separate report, The Sun adds that Real plan to offer Pochettino a five-year contract worth an “eye-watering £85m”.

Former Real chief Ramon Calderon told talkSPORT that Pochettino would be a perfect fit for the job. But he also said that current president Florentino Perez is keen on bringing Manchester United manager Jose Mourinho back to Spain.

On the Pochettino and Mourinho links, Calderon said: “He [Pochettino] is one of those coaches any big team would like to have on their side. [But] I’m sure the president is thinking of Mourinho, he is always the coach he would like to have at Real, but he’s with Man Utd now.

“Mourinho is the only coach Perez has respected up to now. He gave him all the power for the first time in his life, which was very unusual. It’s true that he’s been in touch with Jose in the last few years trying to bring him here again, but being with Man Utd I think now it’s not possible. If he leaves Manchester United I’m sure he’ll be here again.”

Conte not an option

One manager who looks unlikely to take over at Real Madrid is former Chelsea boss Antonio Conte. The Italian was the hot favourite for the Bernabeu top job but Sky Sports News reports that he’s ruled himself out.

According to Sky, Conte feels the project isn’t right for him. After leaving Chelsea in July he’s keen to return to club management but is expected to extend his break from football until the summer.

Further to Calderon’s comments, Italian newspaper Gazzetta Dello Sport says that Mourinho is wanted by Real Madrid. The Daily Mirror adds that should the Portuguese leave Manchester United Conte would be keen to take over at Old Trafford.

Latest prices according to Sky Bet, as of 31 October.