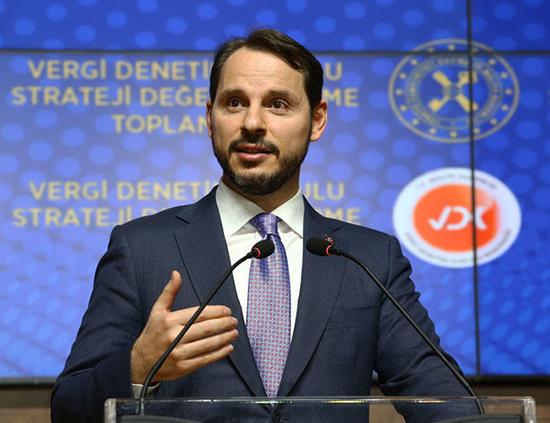 “We will do these in order to reinvigorate the sectors that have contracted by currency impact,” he said at a ministerial meeting on the taxation practices held in the capital Ankara on Oct. 31.

“The [tax] cuts will be effective as of tomorrow,” he added.

The value-added-tax (VAT) cuts in housing sales and the furniture sector from 18 percent to 8 percent has been extended until next year, according to Albayrak’s remarks.

The special consumption taxes on domestic appliances will be suspended until 2019.

For motor vehicles with engines under 1600cc, special consumption tax rates will be lowered 15 percent.

All VAT rates for commercial vehicles will be lowered to 1 percent from 18 percent.

The reduction of title deed fees rate from 4 percent to 3 percent will also continue.

“For the inflation rate in September, I had said we left the worst in the back. This trend will continue step by step. Although some circles do crisis-mongering for Turkey, God willing, we will be seeing all the positive developments with the inflation figures in October,” he said.

On Oct. 31, the Turkish Central Bank sharply raised its 2018 inflation forecast to 23.5 percent from its previous forecast of 13.4 percent.