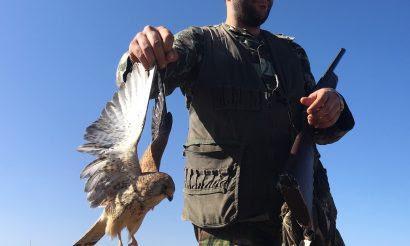 The country’s 600,000 hunters kill up to 2.5 million migrating birds each year, some of them rare and endangered species

The tiny country of Lebanon is one of the most critical hubs for birds worldwide, a funnel for millions of birds passing between Africa and Europe and Asia on their yearly migration routes.

Every year, more than 2.5 million birds are slaughtered in the skies by lawless hunters making no distinction between common birds and those threatened by endangerment.

Of Lebanon’s population of 4.5 million people, conservationists assess there are 600,000 hunters. The government has passed laws aimed at regulating the hunting season.

But a report by Asia Times finds that many hunters continue to shoot indiscriminately and without fear of repercussion.