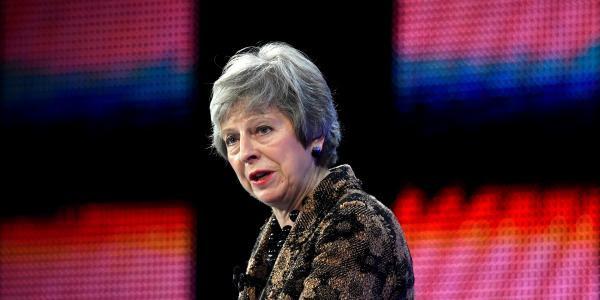 The developments come after UK Prime Minister Theresa May postponed a key parliamentary vote on the Brexit deal that her team secured in Brussels two weeks ago. In the absence of a majority, May said that she had “listened carefully” to lawmakers’ criticism while repeating that her agreement was “the best that can be negotiated with the EU”.

UK Attorney General Geoffrey Cox has called for ousting the country’s prime minister, Theresa May, in order to renegotiate an agreement on Britain’s withdrawal from the EU, according to The Telegraph.

The newspaper cited Cox as saying during a conference call with Cabinet ministers that they should “swallow” May’s Brexit deal for now.

Cox also said that the prime minister “would need to be removed for quarter one [April of next year] so we can take over the next stage” of Brexit talks.

A spokesperson for Cox, in turn, reportedly denied that the attorney general had made such remarks.

The developments come after European Commission President Jean-Claude Junckertold a press conference after a European Council meeting in Brussels late last week that the Commission is due to publish materials on preparation for the UK’s possible exit from the EU without a bilateral agreement on December 19.

The European Council, in turn, pointed out after the EU27 meeting that the Brexit deal reached by Brussels and London was not subject for renegotiation.

Earlier, Prime Minister May announced that she had delayed the “meaningful vote” on the Brexit agreement with the EU, which was scheduled for last Tuesday night, saying she would instead head to an EU summit to discuss the “clear concerns” of MPs about her deal’s so-called backstop arrangement.

“If we went ahead and held the vote tomorrow the deal would be rejected by a significant margin”, May said, noting that the decision to postpone the vote came in order to “not to divide the House at this time”.

Responding to her statement, opposition leader Jeremy Corbyn, for his part, said that May and her government had “lost control of events and is in complete disarray”.