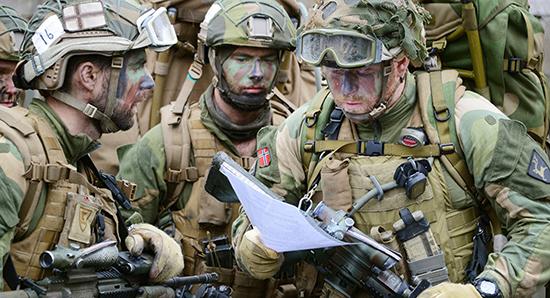 In a war or crisis situation, Norway’s political leadership is planned to operate from the government’s secret headquarters in Buskerud County. The facility has its own water and power supply, it is nuclear proof and built to support hundreds of people for a long time.

A simple bus stop called “NATO base” has for decades served as a clue to the precise location of a top secret Norwegian war headquarters, unmasking its secrecy.

The name of the bus stop is about 60 years old and was established around the same time as the war headquarters itself was built, the daily newspaper Aftenpostenreported. At present, buses stop at “NATO base” four of five times a day.

“The name probably originated in the 1960’s, because that’s what it has been called colloquially. People knew that something was going on there, but didn’t know what exactly”, Johan Sigander from the company Brakar, which runs public transport in the area, told Aftenposten. Sigander admitted that it feels a bit that the vernacular name became the official one, but couldn’t explain the transformation.

Jacob Børresen, a retired flag commander with a long military career in the Armed Forces, burst into laughter when he heared about the bus stop incident.

“I did not know that. I have never taken the bus there, have just been driving by. Still, it does not surpise me”, Børresen told Aftenposten. “From a strict security viewpoint, it is obviously worrying. But it also reveals what a nice country we live in, where security concerns don’t dictate what and how we should do things”, he added.

Børresen also argued this was “typical Nordic”, that is for a “liberal democracy with no strong military culture or tradition”.

Researcher Njord Wegge at the Norwegian Foreign Policy Institute (NUPI) argued that the concept of secrecy has changed since the Cold War.

“During the Cold War, you had this spinal chord reflex, and a mentality where it was understood that certain things are to be kept secret”, Wegge told Aftenposten, citing cooperation via the UN, the EU and NATO, as well as the collapse of the Berlin Wall and the Soviet Union as the reason for the disappearance of this reflex.

Operated by the Norwegian Directorate for Civil Protection, which is subject to the Ministry of Justice and Emergency Affairs, the so-called Sentralanlegget (literally: “Central Facility”) opened in October 1959. According to data from the Norwegian Real Estate Registry, the property is just over 20 hectares and consists of six buildings.

In 2010, the DSB first published sensitive information about the government’s war headquarters. Phone numbers and addresses were made available in a registry with free admission, as was information about floor maps, invoice data and technical descriptions. The facility is also present on Google Maps and Google Street View. Google’s algorithms also quickly pin the bus stop to the headquarters.

At the end of September 2018, the National Security Authority (NSM) published a controversial drone flight prohibition map detailing all 239 areas with drone restrictions, in effect providing the outer world with a searchable map of armed forces facilities, the war headquarters included.

In November, defense analyst John Berg called for the war headquarters to be moved, now that its exact position has been made publicly known.