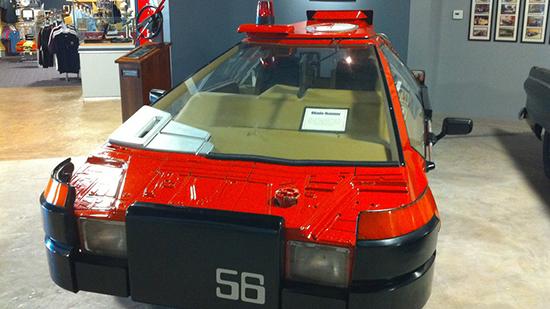 Cult film Blade Runner was set in the year 2019, which is only days away, causing many on social media to freak out at the idea that we’re almost living in the future that’s created in the iconic dystopian movie.

Although the popular film came out 36 years ago, the fact that it was set in 2019 is proving surreal for many fans, especially given that we are a long way off from reaching some of the technological advances promised in the film.

The realization that we are so close to reaching the year the fictional film is set in has hit people pretty hard, with some expressing disbelief that it could be 2019 already.

A lot of people wondered whether we’d all be expected to start donning the unusual fashion choices seen in the film, come January.

Flying cars feature heavily in many futuristic films, but, alas, we haven’t reached that level of technology just yet. Companies like Uber are in the process of creating systems where vehicles will travel off the ground, but don’t expect rush hour to look like a scene from Blade Runner any time soon.

Video calling is one futuristic communication dreamt up by Ridley Scott that is now a reality. Although the film shows people video-calling from phone booths instead of from their smartphones, Blade Runner can probably still chalk that one up as a win.

Although we hear about the advances being made with artificial intelligence and robots all the time, we haven’t quite reached the level of Blade Runner’s replicant ‘andys’ just yet. The bioengineered androids featured in the film can easily pass for humans and, sadly, even Sophia the Saudi citizen can’t shake that dead-eyed robot look.

Blade Runner features a mood-changing device that sadly hasn’t yet come to the market. In the movie, users simply dial a number for the emotion that they want to experience, then the device uses the brain’s cerebral cortex to make the change.

Back in 1982, a privately owned space colony may have seemed like a far-fetched idea, but today, with Elon Musk’s Space X dominating space travel and Richard Branson’s Virgin Galactic taking bookings for space flights, the future of space living appears to be in private hands. We may not be living off-world just yet, but space contractors have set their sights on lunar and Martian bases in the not-too-distant future.

The biggest miss of all

Comparing life today with how daily life is predicted in the Hollywood hit reveals the most glaring error in Blade Runner’s predictions: the sheer lack of internet and cellphones, both of which are ubiquitous in everyday life in developed cities. And unless some major tech calamity strikes in the coming weeks, neither is going anywhere in 2019.