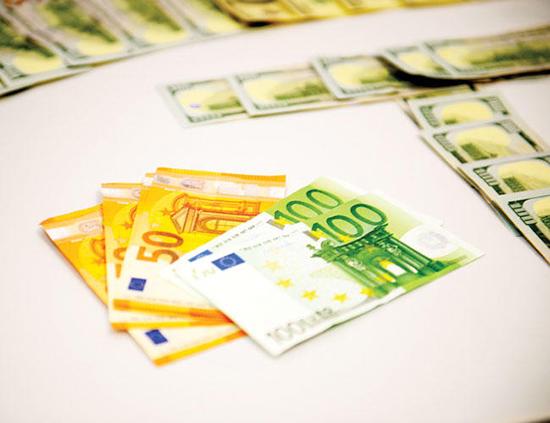 Turkish Treasury and Finance Ministry will start issuing dollar- and euro-denominated bonds, as well as gold bonds and lease certificate based on gold starting on Dec. 17.

The government bonds will be issued with a one-year (364-day) term and a six-month (182-day) coupon payment. The coupon rate for euro-denominated bond for six months will be 1.25 percent, while the number will be 2 percent for dollar-denominated bonds. Euro and dollar government bonds will be sold to individual investors. The issuance of bills, bills and redemption of bills will be realized through Akbank, Denizbank, QNB Finansbank, Turk Economy Bank, Garanti Bank, Halkbank, İş Bank, Vakıfbank, Ziraat Bank and Yapı ve Kredi Bank.

The bonds will have a term of two years (728 days) and will have an annual yield of 2.4 percent on gold.