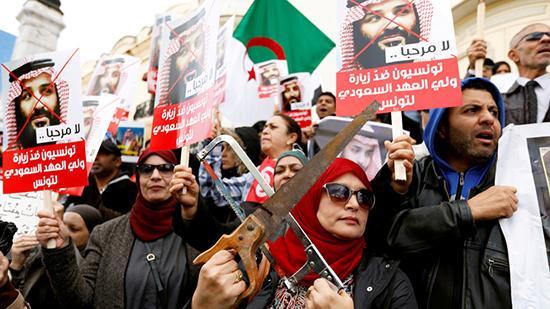 Riyadh has denounced the US Senate resolution that blamed the Saudi Crown Prince for the murder of Jamal Khashoggi, as baseless allegations and a blatant attack on the Kingdom’s sovereignty and internal affairs.

“The Kingdom of Saudi Arabia rejects the position expressed recently by the US Senate, which was based upon unsubstantiated claims and allegations, and contained blatant interferences in the Kingdom’s internal affairs, undermining the Kingdom’s regional and international role,” its Foreign Ministry said in a statement.

The ministry emphasized that “surprising” actions and statements by American officials had diminished the “stature” of Crown Prince Mohammed bin Salman, who’d worked for decades on building economic and security ties between the countries.

The Kingdom has previously asserted that the murder of Saudi citizen Jamal Khashoggi is a deplorable crime that does not reflect the Kingdom’s policy nor its institutions.

But even though the US Senate had sent a “wrong message” that had damaged bilateral relations, Riyadh is nevertheless willing to maintain ties with the US. The ministry reminded Washington that the Gulf state acts as a “cornerstone” of peace and security at both regional and international levels.

On Thursday, the Senate unanimously passed a resolution saying it “believes Crown Prince Mohammed bin Salman is responsible for the murder” of the Washington Post columnist, effectively undermining the Trump administration’s effort to play down and contain the fallout from the high-profile assassination.

Yet the administration remains resolute in its support for Saudi Arabia, with Secretary of State Mike Pompeo saying that Washington has already taken decisive action against those that Riyadh named as responsible – and banned them from traveling to the US. But, according to Pompeo, in the face of the “real risk to the United States of America” stemming from Iran, good relations with Saudi Arabia are just too important to undermine.