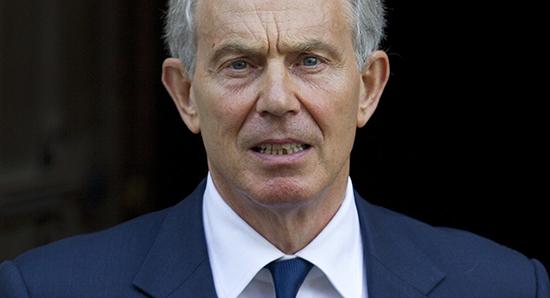 The former British Prime Minister hit back at PM Theresa May after she accused him of “undermining” the Brexit negotiations.

Blair has called May “irresponsible”, saying that he was speaking out in the national interest and in the interest of democracy when he called for a second referendum, the Mirror reported.

“Far from being anti-democratic [May’s Brexit Deal] would be the opposite, as indeed many senior figures in her party from past and present have been saying. What is irresponsible, however, is to try to steamroll MPs into accepting a deal they genuinely think is a bad one with the threat that if they do not fall into line, the Government will have the country crash out without a deal,” he said.

The former Labour leader said that it was within his rights to offer advice when the country is facing “the most important decision our country has taken since the end of World War Two” and it is not irresponsible or insulting to propose an alternate resolution.

Blair also suggested that May was forced to put forward a vote as it has become impossible to reach an agreement. Therefore the option of a second referendum – “go back to the people” – was the most sensible.

Blair stressed that while he respects May and sympathizes with her heavy burden, he cannot avoid speaking out against a deal that is “emphatically not in the national interest”.

Earlier May accused Blair of backing a second referendum, saying that his statements were deliberately sabotaging her bid to persuade EU leaders to compromise on the Irish backstop.

“For Tony Blair to go to Brussels and seek to undermine our negotiations by advocating a second referendum is an insult to the office he once held and the people he once served. We cannot, as he would abdicate responsibility for this decision,” the British Prime Minister said.

The United Kingdom must leave the European Union by March 29. In October, London and Brussels agreed on the text of an agreement defining the conditions for the UK’s exit from the bloc. However, recently the “divorce agreement” has run into problems gaining the approval of the UK Parliament.