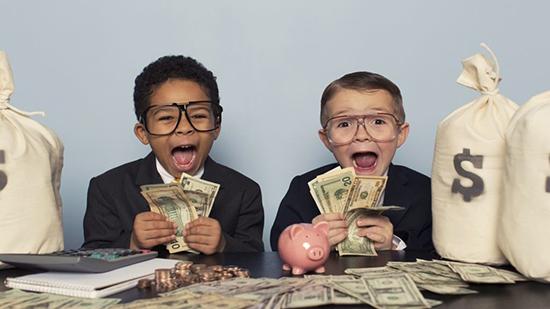 Aggregate global wealth grew by $14 trillion, hitting an enormous figure of $317 trillion over the 12 months through the end of October, according to latest Global Wealth Report, revealed by Credit Suisse’s Research Institute.

The growth rate of nearly 4.6 percent was reportedly lower than last year, but higher than the average growth rate in the post-2008 era, the report states. Credit Suisse analysts noted that the overall number of individuals whose wealth exceeds $50 million also rose four percent, reaching 149,890 people.

Here is the ranking of the top ten nations where most of the world’s ultra-wealthy people live.

The country, washed by the Indian and Pacific oceans, is the world’s 13th biggest economy, while the GDP per capita ranks the country sixth among its global peers. Australia is commonly one of the first in ratings monitoring quality of life, health standards and education. Taking into consideration its favorable climatic environment, it’s no surprise Australia is home to 2,910 super-rich people.

The country has earned a reputation of a peaceful highly developed place that is free from any ethnic unrest and internal conflicts. Canada is one the ten most actively trading nations. It is a member of the Organization for Economic Co-operation and Development, as well as the Group of Seven. The country has welcomed 3,010 people worth $50 million or more.

Nuclear and space-faring nation, France is one of the world’s biggest economies. The country with huge cultural heritage has been influenced by emigration waves during its entire history. France is now a home for 3,040 super-wealthy individuals.

Though the Eurozone’s third-largest nation has recently plunged into deep political and economic crisis, it is still home to 3,220 people whose wealth tops $50 million. Traditionally the country’s regions dramatically vary when it comes to the economy. Industrially developed north is commonly set against recessionary south with a flourishing shady economy and stagnating central regions.

Over the last two decades the economy growth of this vast South Asian country reached 5.5 percent. The rise has made India one of the world’s most rapidly prospering economies. The country that is rich in English-speaking professionals has recently attracted many multinational corporations. The mega-wealthy in India number 3,400.

Famous for its high living standards, 3,580 super-rich people call Japan their home. The country’s economy is mostly driven by its banking sector, telecom industry, real estate and transport areas, retail businesses and construction sectors. The nation of huge production capability, Japan is famous for its car manufacturers, producers of electronics and steel, ship builders and chemicals and food producers.

The country’s service sector is the key driver for its economy, accounting for nearly 75 percent of its GDP. A highly developed banking sector and relatively liberal regulation make the UK, especially its capital – London, one of the world’s biggest financial hubs. So, it’s not surprising that the country is a home for 4,670 ultra-wealthy residents.

The world leader in most industrial and technological areas, Germany is the third biggest exporter and importer of goods and services. The EU’s biggest economy actively supports social welfare and a universal system of healthcare, along with environment protection and free higher education. The number of high net worth individuals living in Germany is 6,320.

The Chinese economy has been growing incessantly over the last 30 years. China has been successfully developing its own educational system. The country encourages imports of technologies that allow it to develop such progressive areas as software production, new raw materials, telecommunications, biotechnologies and health service. China is home to 16,510 super-wealthy individuals.

The world’s number one economy is the global leader in many social and economic characteristics, including average wage, human development index, GDP per capita and manufacturing productivity. The United States, whose population accounts for only 4.3 percent of the world’s total, owns nearly 40 percent of global wealth. The country tops the list with 70,540 super-wealthy residents.