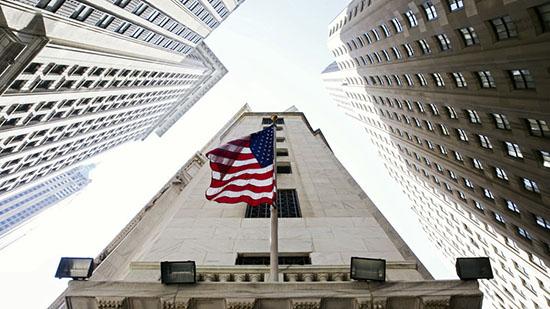 People from Central America, as well as those displaced by wars in the Middle East, should get the kind of U.S. welcome that the military helped provide  to refugees from Indochina in 1975, writes Ann Wright.

The thousands of people now trying to flee violence in Central America are small in number compared to those who were desperately trying to escape from Vietnam and other Indochina countries decades ago.

In the spring of 1975—with the U.S. either on the brink of pulling out of Vietnam, or already gone—over 131,000 South Vietnamese fled the country, some on the last planes out of Vietnam and other in flotillas of small boats. It was the beginning of a much larger exodus. All told, about 750,000 refugees from Vietnam, Cambodia and Laos came to the United States between 1975 through 1986. They came under two resettlement initiatives established by Congress: the Refugee Parole Program and the Orderly Departure Program.

After the U.S. signed a peace agreement with North Vietnam, U.S. military ships that were still off South Vietnam began picking up hundreds of people each day who had left South Vietnam on small boats.  The vast majority had been on the U.S.-backed Southern side of the war and feared reprisal by the new communist government from the North. At worst they could be killed and at the least forced into re-education camps.

No equation of those refugees from the Vietnam War with people now and in recent years seeking refuge from widespread social instability in Central America—marked by gangs of drug cartels and linked to decades of covert U.S. operations—can be exact. But today’s refugees  from Honduras, Guatemala and El Salvador, along with the millions of people displaced by U.S.-backed military interventions in Iraq and elsewhere in the Middle East, deserve comparable consideration, given the U.S. role in disrupting their lives.

Instead, President Donald Trump is turning a hostile face on Central American migrants and refugees—by separating children from parents, by insisting on building a wall, by having people rounded up. Longstanding concerns about the conditions inside the U.S. detention centers were renewed by the Washington Post report of a 7-year-old girl dying of dehydration.

The U.S. has also shown indifference to refugees from Iraq and Syria by barely opening its doors. Admission numbers were already paltry under the Obama administration, when the U.S. was only allowing tens of thousands of refugees a year. Now, under Trump, 2018 is on track to hit a 40-year low, finds Global Citizen in an analysis of U.S. State Department data. More than 5 million Syrians are registered refugees, with Turkey hosting the highest number, followed by Lebanon and Jordan, according to December data from the U.N. High Commission on Refugees. More than 6 million Syrians have  had to seek refugee inside their own country.

In a cruel backtracking of U.S. commitments, the Trump administration is once again signaling its intention to deport Vietnamese immigrants who 40 years ago fled retaliation and have lived in the United States for four decades, according to a  Dec. 12 report by The Atlantic.   Those targeted for deportation have committed crimes in the U.S. but were still protected by a 2008 bilateral agreement between Vietnam and the U.S. assuring that Vietnamese citizens would not be subject to return  if they arrived before July 12, 1995, the year diplomatic relations between Vietnam and the United States were resumed after the war. John Kerry, a Vietnam veteran and former U.S. secretary of state, called the move despicable on his Twitter account.

In 1975, the U.S. military mobilized to take care of newcomers while their paperwork was processed, after which the U.S. government sent them to communities all over the United States.

These measures were by no means a comprehensive attempt at redress. Many people seeking a way out of Vietnam were stranded. Some became part of the huge wave of “boat people” in 1979, who overwhelmed refugee settlements in Asian countries and caused an international crisis. But it is safe to say the U.S. demonstrated a far more humane response than it does today.

And in 1980, the U.S. once again welcomed people in distress when 125,000 Cubans arrived as a part of the Mariel boat lift during the Carter administration.   Another 15,000 Haitians arrived on the shores of Florida by boat that same year.

In 1975 I was one of thousands of U.S. military personnel who received the Vietnamese, first on military ships, later at military bases in the Philippines and then in Guam. Ultimately, I wound up volunteering at Fort Chaffee, Arkansas, one of the five refugee camps set up in the continental United States. The others were at Camp Pendleton, California; Camp McCoy, Wisconsin; Indiantown Gap, Pennsylvania; and Eglin Air Force Base in Florida.

At the time, I was attending law school at the University of Arkansas, 50 miles from the Fort Chaffee base and was in a U.S. Army Civil Affairs Reserve unit. The Army was notified on April 25, 1975, that the five military installations would be used and the Pentagon immediately sent out a call for reservists to help set up the military installations to receive and house up to 30,000 persons at a time.

The first refugees arrived at Fort Chaffee just seven days later, on May 2, on a plane carrying 70 people. Within 22 days, 25,812 refugees were at the base, making it the 11th-largest city in Arkansas. By June, 6,500 reservists had volunteered for active duty at Fort Chaffee.

At the peak of the airlift, as many as 17 flights a day landed at Fort Smith Municipal Airport with passengers bound for Fort Chaffee. All told, 415 refugee flights landed at the Fort Smith airport during the seven months that the base served as a refugee center. When the  camp closed on Dec. 20, 1975, it had helped 50,809 people begin to regroup for life in the United States.

Fixing Up the Base

With the exception of annual two-week training cycles for the U.S. Army Reserve and Arkansas National Guard, Fort Chaffee had not been used since the mobilization for the Korean War.  The majority of the sprawling barracks, built during World War II and the Korean War, had been shut for over 20 years. Units of the U.S. Army Corps of Engineers and medical units from Fort Sill, Oklahoma—the closest active-duty U.S. Army installation—arrived in late April 1975 to open up the facilities.

Animals were driven out of the buildings, toilet facilities re-opened. Some barracks were partially renovated for use by families. Giant “mess halls,” or military cafeterias were set up. A small hospital was cleaned and equipped, along with office spaces for refugee placement agencies.

Once the refugees had arrived, an array of hosting demands arose. U.S. Army doctors and nurses tended to people with medical needs. The Army’s kitchen staff began cooking huge caldrons of rice and vegetables and boiling water for tea.  Mess halls fed 6,000 people three meals a day and were open around the clock.

There was an incident over rice. The Vietnamese did not like the rice being served to them, which had been grown in the camp’s host state. It was a diplomatic challenge to inform former President Bill Clinton, then the governor of Arkansas, that we would have to get a different type of rice produced in another state because the Vietnamese refugees were not eating Arkansas rice.  (That did not go over well in a state where most residents, including myself, didn’t know there were different kinds of rice.)

Lots of babies arrived with mothers who were so severely stressed that they had trouble producing milk. Any infant formula would have to be lactose-free because in Vietnam cow milk was not used in formulas. One of my jobs was to make this arrangement. Companies cooperated very quickly, turning trucks around from their original destinations and sending them to the military bases and ramping up production for a new lactose-intolerant demographic in the country.

Resettlement was swift. Within two weeks, hundreds were leaving the camps as refugee organizations expertly found communities and groups all over the United States who poured out support, eager to sponsor families and individuals. Churches and civic groups found housing, equipped the houses and found jobs for the people who were arriving.

As the summer of 1975 drew to a close, any refugees who had not been resettled were consolidated in one camp at chilly Indiantown Gap, Pennsylvania. The U.S. Army general in charge of Fort Chaffee called me into his office and assigned me to procure winter clothing. We wound up finding clothing in the warehouses of the Armed Forces Post Exchange System, which were delivered in September.

All of these stories are to say that the U.S. government today could do far more to alleviate the refugee crisis than it is doing. There is still plenty of room in U.S. society and its land mass for people fleeing violence. All that’s missing today is political will.

Ann Wright served 29 years in the U.S. Army/Army Reserves and retired as a colonel.  She was also a U.S. diplomat and was in U.S. embassies in Nicaragua, Grenada, Somalia, Uzbekistan, Kyrgyzstan, Sierra Leone, Micronesia, Afghanistan and Mongolia. She resigned from the U.S. government in March 2003 in opposition to the lies the Bush administration was stating as the rationale for the invasion, occupation and destruction of Iraq. She is the co-author of “Dissent: Voices of Conscience.”