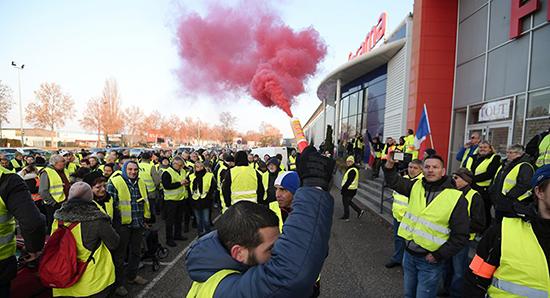 Prime Minister Edouard Philippe announced that there is a debate on holding the citizens’ initiative referendum (RIC), one of the main demands of the “yellow vests”.

In an interview with the newspaper Echos, Philippe said that there is a debate over holding the RIC, International News reported.

“I do not see how one can be against this principle, the referendum can be a good instrument in a democracy, but not on any subject or under any conditions. Let’s organize everywhere in France, as is the white vote,” said the head of government.

The Prime Minister also admitted that the French Government “made mistakes” and that it has not done enough for the people.

France has been facing a wave of mass protests since mid-November, when the so-called yellow vest rallies began protesting against rising fuel prices and a planned hike in tax on diesel and carbon fuels. The French government has scrapped its planned hike in diesel taxes, but the “yellow vests” have since morphed into a broader movement against government policies and rising living costs.