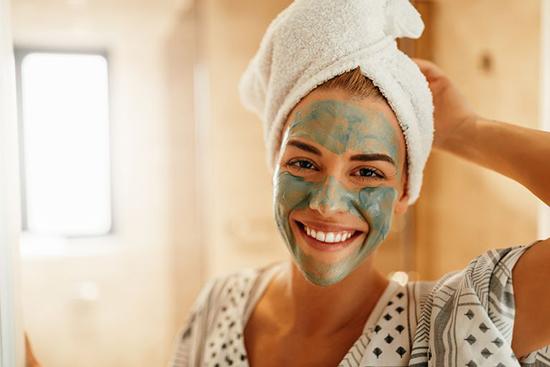 We speak to a Consultant Dermatologist about effective acne treatment and prevention.

Plagued by bad skin? Acne can wreak havoc with your self-esteem and often appears at the worst possible time. We speak to Consultant Dermatologist Dr Daniel Glass about effective acne treatment and prevention.

Why do we get acne?

For most people, acne is something that occurs during adolescence. ‘Acne commonly begins around puberty and varies markedly in severity,’ says Dr Glass. ‘In some it can be a significant problem, which affects self-confidence and may result in scarring. In most people acne resolves in early adulthood, but in some it can take longer to settle, or the acne can start as an adult.’

Acne commonly begins around puberty and varies markedly in severity.

Acne affects everyone to some degree, even if it is just the occasional spot. ‘There are different types of spots; the basic acne spot is called a comedo and is also known as a blackhead or open comedones and whiteheads which are closed comedones,’ says Dr Glass. ‘These can progress to papules (red bumps) and pustules which are pus-filled spots.’

Acne is caused by a combination of genetic, bacterial and environmental factors. ‘Propionibacterium acnes (p. acnes) is bacteria that lives on everyone’s skin,’ says Dr Glass. ‘Those suffering from acne will often have higher than average grease levels on the skin, which provides the perfect environment for the bacteria to flourish.’

Those suffering from acne will often have higher than average grease levels on the skin.

‘The sebaceous glands produce an oily secretion called sebum,’ he adds. ‘People who tend to get acne produce more sebum than others and may be more sensitive to normal hormone levels, which result in increased sebum levels.

‘Dead skin cells lining the pores may not be shed and clog up the follicles. These two processes can result in the development of blackheads where a darkened plug of oil and dead skin is visible, as well as whiteheads. The p. acnes bacteria increase in number in the blackhead or whitehead. This in turn can result in inflammation and the formation of red or pus-filled spots.’

What triggers an acne outbreak?

Acne can be trigger by other factors too. ‘Sometimes acne can be caused by medication given for other conditions, or by certain contraceptive injections or pills,’ says Dr Glass. ‘If you have a tendency to develop acne it is important to select the correct contraceptive pill with your doctor, as some may help improve your acne, but others may make it worse.’

Sometimes acne can be caused by medication given for other conditions.

‘Some tablets taken by body-builders contain hormones that can trigger acne and cause other problems,’ adds Dr Glass. ‘Acne can be associated with hormonal changes. If you develop unusual hair growth or hair loss, irregular periods or other changes to your body, then mention this to your doctor in case it is relevant.’

What is the best acne treatment?

Acne treatment varies depending on the severity of the condition. ‘It may be treated with creams alone, or creams combined with antibiotic tablets; oral contraceptives or in severe cases oral isotretinoin,’ says Dr Glass. ‘Acne is a long-term condition and as such it may take several months before the full effect of treatment is evident.’

Ideally the entire acne affected area of the skin should be treated, as long as the treatment is well tolerated. As many topical treatments used for acne can irritate the skin causing redness, it is often best for a patient to introduce these treatments gradually, initially using them every few days, but slowly increasing the frequency and area to which the cream is applied.

Oral antibiotic treatments are often used in conjunction with a topical treatment. As mentioned earlier it takes several months for the full benefit to be seen and if beneficial, antibiotics are sometimes continued for many months.

Isotretinoin is an acne treatment that can be particularly effective and can have prolonged benefits after the course of treatment has finished. It also has a number of potentially serious side effects and is therefore only prescribed by a Consultant Dermatologist. It is essential that Isotretinoin is not taken by pregnant women as it is harmful to the unborn child. For this reason, women using this course of treatment must sign up to a pregnancy prevention programme, which includes agreeing to take effective means of contraception and have monthly pregnancy tests during the treatment and for one month thereafter.

Isotretinoin is the acne treatment that has been shown to most improve the quality of life in people with acne. However, there are reports that Isotretinoin can cause depression and thoughts of suicide. As such, any previous history of depression needs to be discussed with your Dermatologist before undertaking a course of isotretinoin. Despite these more worrying side effects most people tend to report lesser side effects on the treatment, such as dry skin and musculoskeletal pain only, with the majority of courses of isotretinoin passing uneventfully.

In severe cases of acne, a skincare routine is not sufficient to improve the acne. ‘There are a number of chemicals found in cosmetics that have been reported to exacerbate acne; these include petrolatum and lanolin,’ says Dr Glass.

‘In general, when choosing an emollient, use a product that is non comedogenic ie will not cause blackheads. There are several manufacturers that produce non-comedogenic products and any recommendation should be tailored to the individual patient.’