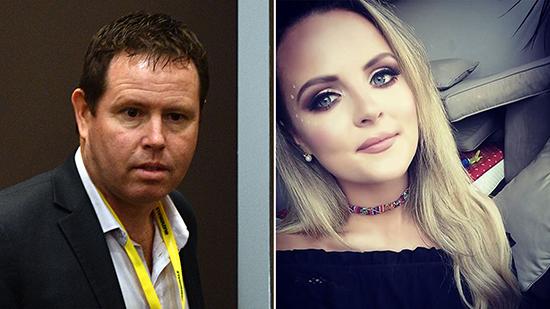 Staying on the backbench until the poll, expected in May, saves the government engaging in another single-seat byelection for Mr Broad’s traditionally safe Nationals seat.

Nationals MP Andrew Broad has announced he will not contest the next federal election, as the “sugar baby” scandal evolves.

After yesterday resigning as assistant minister to the Deputy Prime Minister, the now-backbencher has confirmed he has withdrawn his preselection for the Victorian seat of Mallee – considered one of the safest Coalition seats in Australia – and will not contest the 2019 election.

“After recent media stories about my private life, it is clear that the people of Mallee will be best served in the next parliament by a different Nationals candidate,” Mr Broad wrote in a statement.

Staying on the backbench until the poll, expected in May, saves the government engaging in another single-seat byelection for Mr Broad’s traditionally safe Nationals seat.

“I will continue to work tirelessly for my community as their local MP until the next election.”

He thanked his family, staff and community.

“I have done my best and at times we have achieved good things, but I have also let them down.”

Earlier, Nationals leader Michael McCormack urged his former parliamentary assistant to “consider his future”, amid pressure on the party to explain who knew about Mr Broad’s alleged misconduct and when.

“I think he should consider his future. I do. But then, again, I have to say, that’s a matter for Mr Broad,” Mr McCormack told reporters earlier on Tuesday – hours before Mr Broad resigned.

“I think the public has been let down, I do. And I do think people expect better.”

Mr Broad’s earlier resignation from the assistant ministry – which overshadowed the Morrison government’s mid-year budget announcement – came after the media revealed the married MP had used a dating website to meet a “sugar baby” on a trip to Hong Kong.

A woman, named as “Amy”, claimed she met the married 43-year-old in Hong Kong in November for dinner and told her he was there for a “conference” but “shouldn’t have been here at all”.

The woman also claims Mr Broad lied about his age, sent her numerous text messages that turned to a “more sexual nature” following the dinner, and described himself as “James Bond”.

Mr Broad has told The New Daily the international flight to Hong Kong was self-funded, but he was willing to repay the preceding domestic flight from Melbourne to Mildura if needed.

Nationals leader Mr McCormack said if it was “proven” his colleague had not followed the rules he should “pay the money back and do it quickly”.

Mr Broad said he was not one to “put myself on a moral high ground” because he made “mistakes” like anyone else.

Mr Broad was in Hong Kong to attend the Asia Fruit Logistica exhibition. The general manager of a Mildura fruit company confirmed they had seen Mr Broad at the event.

Mr McCormack first told a journalist he was told about the allegations “a couple of weeks ago”.

The Nationals leader said he had advised Mr Broad to refer the matter to the Australian Federal Police, although no one in the party has explained what the alleged crimes were.

The AFP said in a statement it received Mr Broad’s referral on November 8, but after assessing it found “no applicable offences under Australian law”.

In a later statement obtained by the ABC, Mr McCormack said he said two weeks because he “thought that was approximately the timing of the call”.

Mr McCormack also told journalists at the press conference earlier in the day that he could not comment in detail on the case because it could be subject to an AFP investigation.

“I don’t carry around the dates and times of what people tell me.”

It is the second sex scandal to rock the Nationals this year after Barnaby Joyce was forced to resign as party leader following revelations he was expecting a child with a former staffer.

Mr Broad at the time called for Mr Joyce to step down as leader amid reports of his extramarital affair.