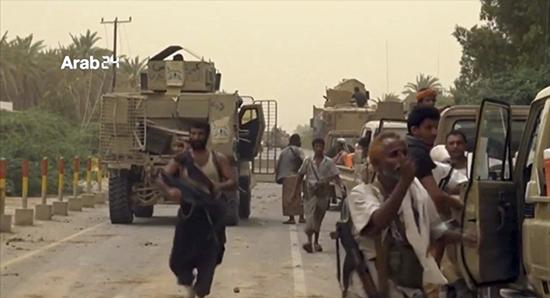 CAIRO (Sputnik) – A ceasefire between the Yemeni government forces and the Houthi movement in the port city of Al Hudaydah officially came into force at midnight on Tuesday, Arab media reported, citing UN sources.

The ceasefire was agreed upon by the warring sides during the UN-led consultations in Sweden earlier in December. In a process overseen by a UN-chaired committee, troops from both sides are supposed to withdraw from the entire area. The sides to the Yemeni conflict also agreed to exchange war prisoners and establish humanitarian corridors in Hudaydah.

Meanwhile, a pro-government official told AFP that sporadic clashes have erupted minutes after a ceasefire deal took effect in the country’s port city of Al Hudaydah.

Moreover, the Saudi-owned Al Arabiya broadcaster reported that the Houthis have started shelling the government forces. “Houthi militants have derailed the ceasefire once it was enforced,” a representative of the city’s administration told the broadcaster.

According to the broadcaster, the shelling is targeting the government forces’ positions in the south and east of the city.

Yemen has been engulfed in an armed conflict between the government forces led by President Abd Rabbuh Mansour Hadi and the Houthi rebels for several years. The Saudi-led coalition has been carrying out airstrikes against the Houthis at Hadi’s request since March 2015.

The fighting intensified in summer near Houthis-controlled Al Hudaydah, the port through which the rebels receive humanitarian and commercial cargoes.