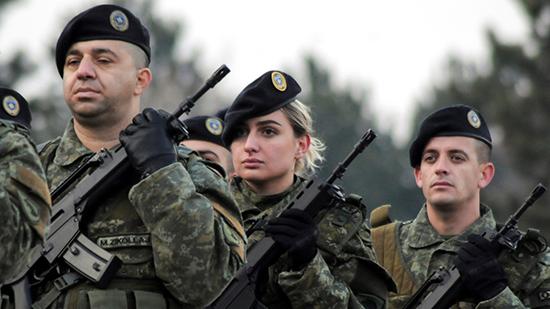 The creation of Kosovo’s own 5,000-strong army is a threat to peace and security in a turbulent region and may lead to a new escalation, Russia’s UN envoy has warned, calling the EU’s lackluster response irresponsible.

Speaking at the UN Security Council emergency meeting on Kosovo, Russia’s ambassador to the UN Vassily Nebenzya said that the EU could have and should have done more to stop the breakaway region from creating its own army to replace its lightly armed emergency response force.

“The EU reaction to the decision by Pristina cannot be described as other than toothless. This irresponsible policy has crossed the line,” Nebenzya said, after the UNSC meeting on Monday.

The diplomat said the lack of decisive action on the part of the 28-member bloc was a “great disappointment,” adding that the EU seems to “have turned a blind eye on the illegal creation of Kosovo’s ‘army.’”

The law, approved by Kosovo lawmakers on Friday, paves the way for doubling the size of the current Kosovo Security Force and for turning it into a de facto army, with 5,000 soldiers and 3,000 reservists.

The move did not go down well even with Kosovo’s usual backers, with both NATO and the EU voicing their indignation. NATO’s General Secretary Jens Stoltenberg called the decision “ill-timed” and lamented that Kosovo’s authorities had ignored “the concerns expressed by NATO.”

The EU’s top diplomat, Federica Mogherini, has echoed those concerns, saying in a statement that the mandate of Kosovo’s forces “should only be changed through an inclusive and gradual process” in accordance with the state’s constitution.

The only nation to openly applaud the controversial move was the US, with its ambassador to Kosovo, Phillip Kosnett, saying that Washington “reaffirms its support” for the upgrade as it is “only natural for Kosovo as a sovereign, independent country” to have a full-fledged army.

The Kosovo MPs’ decision has drawn anger in the Serbian capital Belgrade and provoked a strong response from Moscow, which calledon the UN mission in Kosovo to demilitarize the area in accordance with UNSC resolution 1244, and to disband any armed units.

Nebenzya pointed out that the UN resolution does not allow any Kosovo Albanian military units to be present in the region’s territory. He accused Western countries, including members of the NATO-led international peacekeeping force (KFOR), of “condoning and supporting” the violation by Pristina of the resolution.

It is feared that the army, though a relatively small force, might inflame tensions in the region and impede attempts at reconciliation between Pristina and Belgrade. Serbia has warned that it might consider an armed intervention if the army becomes a threat to the 120,000-strong Serb minority in Kosovo.

“The advance of Kosovo’s army presents a threat to the peace and security in the region, which may lead to the recurrence of the armed conflict,” Nebenzya stated.

In addition to creating its own army, Kosovo in November hit Serbia with a 100 percent import tariff on goods, defying calls by the US and the EU to roll the measure back.