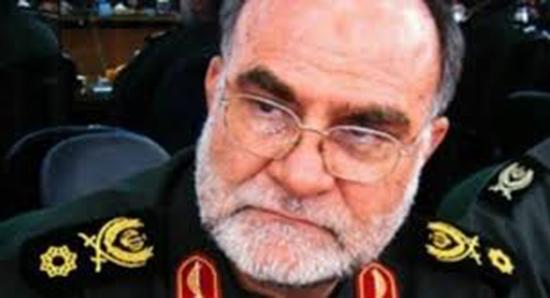 Iran’s Revolutionary Guard Corps (IRGC) announced on Iranian TV Sunday that Gen. Ghodratollah Mansouri had died earlier that day when his pistol went off as he was cleaning it, shooting him in the head.

Mansouri’s career included service in both the Iran-Iraq War and the war against Daesh. The report noted that he known as a “defender of the shrine” because of his service against Daesh in Syria and Iraq.

​The shrine refers to the Sayyidah Zaynab Mosque, in the southern suburbs of the Syrian capital of Damascus. According to Shiite Muslim tradition, the mosque contains the grave of Zaynab, the daughter of Ali and Fatimah. Ali is considered the founder of Shia Islam and was the cousin of the Prophet Muhammad, while Fatimah was Muhammad’s youngest daughter. As such, the tomb is among the holiest places in Shia Islam, which is the state religion of the Islamic Republic of Iran.

To Daesh, Shia Islam is a heretical group they don’t even consider to be Muslims, and Shiite shrines a form of idolatry. In 2014, Amnesty International labeled the targeted massacres and killings of Shiites in territories that were conquered by Daesh a form of genocide.

Tehran maintains that it has only performed an advisory role to Syrian Arab Army forces in the Syrian Civil War.

Since 2014, though, Mansouri had served as regional commander of the IRGC’s ground forces in Mashhad, near Iran’s northeastern border with Turkmenistan, AP reported.