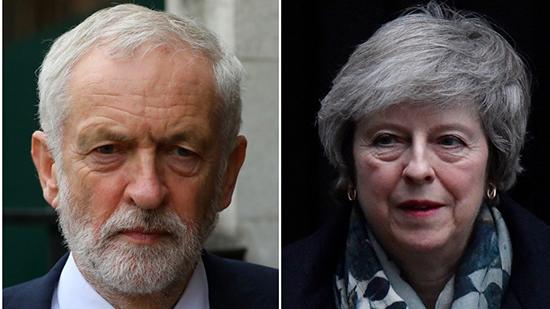 Labour leader Jeremy Corbyn has called for a no confidence vote in Theresa May in the House of Commons, saying the UK is facing a constitutional crisis and the prime minister is the architect.

May postponed the vote on Brexit earlier in December, confirming on Monday that it will happen on the week of January 14. In response, Corbyn said that putting the vote off until next month is unacceptable.

The vote would be of confidence –or none– in the prime minister rather than in her government, which means it wouldn’t be binding. It remains unclear when the vote will take place.

In addition to Corbyn, 29 other MPs, 15 peers, and five MEPs have signed a letter urging Labour leaders to call for the no confidence vote. Labour lawmakers believe May is simply trying to “run down the clock.”

“What is irresponsible is delaying a vote on her agreement, not because she is going to get any changes to it but because she wants to run down the clock and try and intimidate MPs into supporting it to avoid no deal,” Labour lawmaker Liz Kendall said in parliament on Monday, seeking to put the Brexit deal before parliament this week.

However, Corbyn’s move has been criticized as being merely a stunt, rather than an action which could actually impact the government.

May has faced backlash from all sides following the Brexit deal, with several ministers resigning after the agreement was secured with the EU. She survived a no confidence vote within her own party earlier in December, which ‘judged’ the prime minister’s Brexit plan, as agreed with the EU.

May could be seen leaving the House of Commons after Corbyn’s announcement.