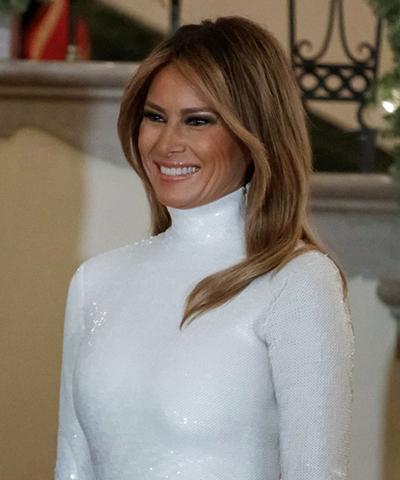 Update: Just three days after debuting much blonder locks while visiting military bases on the East Coast, Melania Trump is back to looking like her regular self. At Saturday night’s White House Congressional Ball, she revealed chestnut hair with golden face-framing highlights, a look she’s maintained for almost 15 years in the spotlight. In an email to Refinery29, Trump’s hairstylist Mordechai Alvow confirmed he was not behind either change.

For the nearly two years she’s been first lady, Melania Trump’s hair has looked exactly the same: chocolate brown with caramel highlights parted straight down the middle, or sometimes just slightly to one side.

I love being a mogul: The Hollywood stars going into business