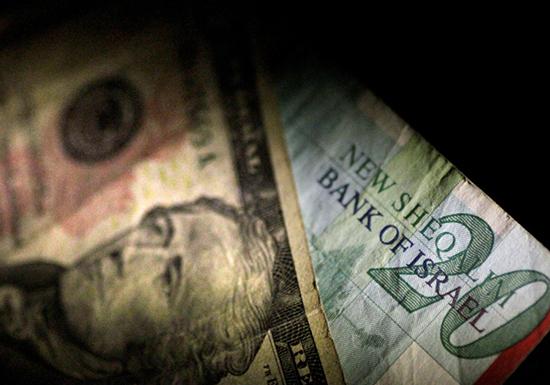 Consumer Price Index fell 0.3% in November and inflation over the past 12 months is running at 1.2%.

The shekel is trading at levels not seen against the dollar since January 2017 and is at its weakest against the euro since August 2018.

On Friday, the Central Bureau Statistics announced that the Consumer Price Index fell 0.3% in November and that inflation over the past 12 months is running at 1.2%. Despite the higher than expected fall in the CPI, price rises in water, electricity and many food and household products are expected to see inflation remain between the Bank of Israel 1%-3% annual target range, thus enabling another rate hike in 2019. The Bank of Israel has already raised the interest rate for this month from a historic low of 0.1% to 0.25% – the first hike since June 2011.

On world forex markets, the dollar remains strong as a safe haven currency with stock markets falling, US-China trade relations uncertain and the future of UK-EU relations and the Brexit talks up in the air.