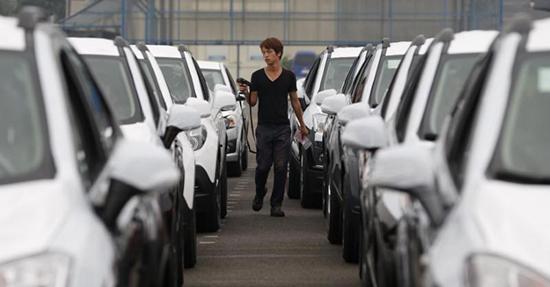 SEOUL (Reuters) – South Korea unveiled a policy package to support its embattled car parts makers industry that includes providing financial support worth over 3.5 trillion won ($3.10 billion) and encouraging the use of electric cars.

As part of its efforts to provide liquidity, South Korea will launch a new credit guarantee program for bonds worth 1 trillion won ($884.96 million) issued by the suppliers, using contributions from the government and car makers, the industry ministry said in a statement on Tuesday.

And the government plans to extend the maturity of loans worth about $1 billion by one year made to local suppliers of U.S. automaker General Motors’ (GM.N) South Korean unit, it added.

The government has previously flagged the package of incentives but unveiled the details only on Tuesday.

“It is a very timely measure in the current situation where the auto industry’s crisis is getting real and the number of suppliers in management crisis due to lack of finances and low utilization rates is rising fast,” the Korea Automobile Manufacturers Association and the Korea Auto Industries Coop Association said in a joint statement.The auto components industry is crucial to the South Korean economy, making up 7 percent of its gross domestic product. It employs 235,000 people, about 7 percent of the manufacturing sector, according to the ministry.

Creating and protecting jobs is a key pledge of President Moon Jae-in’s administration.

According to government data, the number of loss-making listed auto suppliers has risen to 31 by the third quarter of this year from six in 2015. And the average operating margin of suppliers has halved over the same period to 1.8 percent, the data shows.

General Motors’ South Korean subsidiary shuttered one of its plants in the country earlier this year and top South Korean automaker Hyundai Motor Co (005380.KS) has seen its profits slump in 2018.

The government said it had raised its target for use of electric cars in the country to 430,000 vehicles by 2022 from a previously announced 350,000, in a bid to help the suppliers find new growth areas.

It plans to expand the budget for subsidies on electric and hydrogen vehicles next year, which can apply to 42,000 electric cars from the current level of 26,500, the government added.

The country’s finance ministry said on Monday it extended by six months a 30 percent cut in consumption tax for passenger cars beyond the end-2018 deadline.