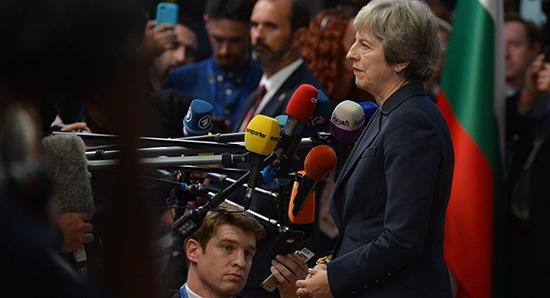 MOSCOW (Sputnik) – The UK ruling Conservative Party will block a motion of no confidence in Prime Minister Theresa May, which was earlier tabled by Labour leader Jeremy Corbyn, denying it parliamentary time, local media reported on Tuesday, citing government sources.

“We are not going to allow time for a stunt. Labour have been a shambles today,” the source said, as quoted by the Sky News broadcaster.

Corbyn’s motion comes less than a week after May survived a no-confidence vote called by members of her own Conservative Party — 200 parliamentarians backed the prime minister while 117 lawmakers voted against her.

On Monday, Corbyn tabled a motion of no confidence in May in protest of her decision to push back the vote on the Brexit deal in the House of Commons to January.

The vote took place after May said she was delaying the vote on the Brexit deal, originally slated for December 11, amid lawmakers’ concerns over the Irish border backstop. May said she would refer to Brussels for additional reassurances on the provision. Corbyn argued that the UK government was in disarray and suggested that the prime minister had not been able to negotiate the required changes with EU officials.