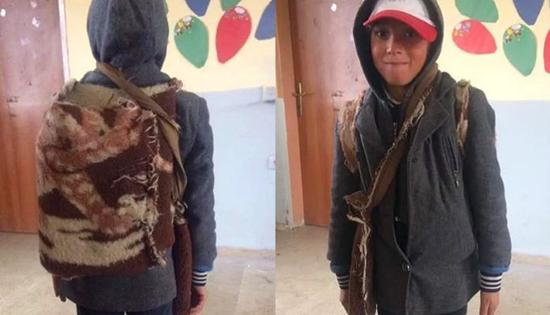 A teacher in the eastern Turkish province of Muş was dismissed after sharing a photo of a poor student’s makeshift backpack to encourage people to help the student, the TR724 news website reported.

School teacher Selvan Erek shared the photo on social media without revealing the identity of the student, who came to school with a backpack made from a blanket.

Shortly after the post went viral, the teacher was dismissed from the Çakırlı Primary School in Korkut.

On Monday a deputy from the Peoples’ Democratic Party (HDP) submitted an inquiry in parliament asking why a teacher who displayed poverty was arbitrarily fired.

The HDP deputy stated that the teacher was dismissed after being targeted by the pro-government media for allegedly creating a negative perception of the government.