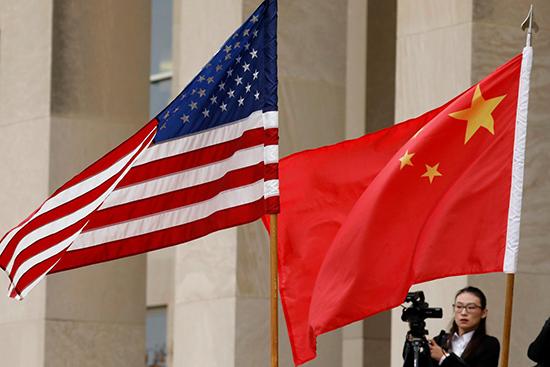 US President Donald Trump and his economic advisor Larry Kudlow have sent positive signals on trade talks between China and the US these past two days. Trump said on Saturday that the talks were “going well” and a deal “could very well happen.”

China has taken a conservative attitude toward trade negotiations with the US, and only expressed prudent optimism after vice-ministerial level talks concluded in Beijing earlier this month. In contrast, Washington has been actively disclosing discrepancies with Beijing but at the same time more optimistic.

The talks involve a multitude of aspects. If China and the US are to reach a deal in three months, which means there are about 40 days to go, they must stick to the political determination reached between the two heads of state at the G20 summit in Argentina.

The US has kept worrying whether China will actually implement any agreement reached. It is also reported that the US wants regular reviews of China’s progress on pledged reforms as a condition of the deal. But if one side worries the other is not active in carrying out an agreement, that means the agreement is unsatisfactory.

Trade requires a win-win outcome, so the process should be fair and easy to implement by both sides.

Reaching such a trade deal is much more important than designing a set of complicated and controversial review mechanisms. The US should hold a pragmatic attitude toward ensuing negotiations and guide domestic opinion about the outcome of the negotiations. China and the US are expected to reach an agreement that can be accepted by both sides and fit their own interests.

No matter how trade issues are politicized, solutions must be trade-related. Otherwise, trade will become suppressive plunder and predatory dumping that violates the will of the market. It is unlikely to happen between China and the US.

That China has the will and ability to deepen its reform and opening-up is the important basis for progress in trade talks. Talks should be coordinated with China’s reform process rather than jeopardizing China’s national interest. China should welcome an in-depth agreement between China and the US that broadens their common trade interests.

Trade issues between major powers need negotiations. Given that China and many smaller economies have a fair amount of trade, trade between China and the US could grow bigger. The key is to make new trade agreements reasonable and motivating.

As positive signals about China-US negotiations have helped stabilize the US market, it has become clear that an agreement is not only desired by China, but also accords with US interests.