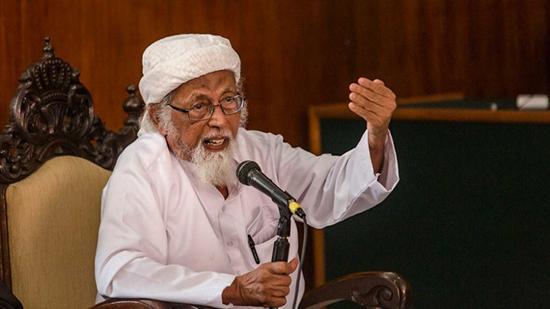 Mastermind behind deadly bombing in Indonesia must renounce radicalism before release

A radical Islamic cleric who was allegedly the mastermind of a deadly bombing in Indonesia is set to be released on humanitarian grounds, the Indonesian government has announced.

Abu Bakar Bashir, 80, was sentenced to 15 years in prison for his ties to militant training camps in 2010.

He is considered the spiritual leader of Islamist group Jemaah Islamiah, which The Guardian says was “implicated in the 2002 Bali bombings, in which more than 200 people were killed, 88 of whom were Australian”.

However, the release has now become conditional after “strong criticism both domestically and internationally”, particularly from the Australian government, The Straits Times says.

Bashir will be required to pledge allegiance to Indonesia and its national ideology Pancasila, which promotes tolerance, as is required of all reformed terrorists, before he will be eligible for release.