He said his government will continue negotiations with Gazprom to reach an agreement on revised gas prices. ‘This is one of the (most) sensitive issues across the Eurasian Economic Union,” the Armenian prime minister said, expressing hope that prices will drop after the talks. According to Pashinyan, an agreement was reached earlier that in 2019 the price for gas for Armenian consumers will not change.

In late December 2018, Russia’s Gazprom raised the price of natural gas it ships to Armenia across Georgia from $150 per one thousand cubic meters to $165. The new price has been effective from January 1, 2019.

In 2018 September Prime Minister Nikol Pashinyan ordered creation of a task force that was to look into the factors and components that influence the price of Russian natural gas delivered to Armenia. During a September 8 meeting in the Kremlin Pashinyan and Russian President Vladimir Putin agreed to look into the pricing of Russian gas delivered to Armenia.

The Russian natural gas is delivered to Armenia by Gazprom at a $165 per one thousand cubic meters, but Gazprom’s Armenian subsidiary – Gazprom Armenia – sells it to Armenian households at almost $300.

Economist: Armenia’s authorities should not expect influx of foreign investment in near future 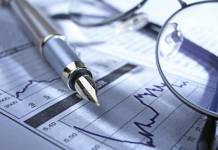