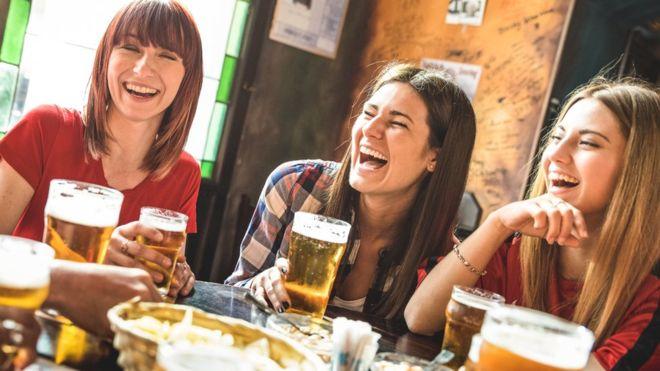 But a new study has refuted the idea that the order we have alcoholic drinks in affects the severity of a hangover.

To test the theory, they gave 90 volunteers drinks in varying orders, switching the order a week later.

The study found that how drunk people felt and whether they vomited provided the best indicators for the next day.

People should pay attention to these “red flags” to lessen the chances of a bad hangover, scientists say.

Many of us will have our own ideas about what prevents a hangover or makes it more bearable when it has started.

But surprisingly little is understood about what exactly causes a hangover, and science has found no truly effective remedy.

So to test the wisdom that the order in which we have alcoholic drinks affects how we feel the following day, scientists took 90 people aged between 19 and 40 and split them into three groups:

A week later, participants in the first two groups switched around, while those in the control group changed to the other alcoholic drink.

Participants were asked to judge how drunk they were at the end of each study day and were kept under medical supervision overnight.

Changing the order of drinks made no significant difference to hangover scores, which were measured using a questionnaire, the study found.

It was also not possible to predict hangover intensity based on factors such as age, body weight, drinking habits and how often people usually got hangovers.

However, there was a difference between the sexes, with women tending to have slightly worse hangovers than men.

Jöran Köchling, from Witten/Herdecke University in Germany, who was the first author of the paper, said: “The only reliable way of predicting how miserable you’ll feel the next day is by how drunk you feel and whether you are sick. We should all pay attention to these red flags when drinking.”

Though hangovers are not well understood by science, it is thought that causes include dehydration, our immune systems, and disturbances of our metabolism and hormones.

Colourings and flavourings may also make hangovers worse, which might explain why drinks of the same concentration can cause a more severe hangover.

As unpleasant as they are, however, hangovers do serve a purpose, according to experts.

Dr Bob Patton, a lecturer in clinical psychology at the University of Surrey, who was not involved in the study, said: “It’s nature’s early warning system to encourage a change of lifestyle, which if left unchecked can lead to serious physical and psychological issues.”

The study is published in the American Journal of Clinical Nutrition.

Tips to avoid a hangover

Once you have a hangover, there is no magic cure, although rehydrating, painkillers such as paracetamol and ibuprofen, and sugary foods are some of the things that may ease your discomfort.

But there are steps you can take to reduce the chance of getting one in the first place, beyond the obvious – drinking less. 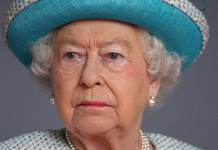 ‘Anything Good in This Country Has Had to Be Wrestled Free.’ What Whitney Houston’s Rendition of the National Anthem Taught Me About America