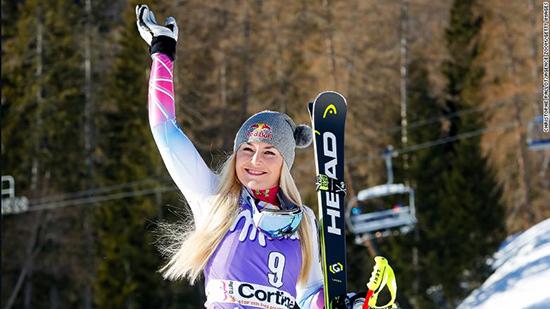 The 34-year-old has retired as the most successful female skier of all time. She is loved for her flaws as much as her phenomenal physical gifts

Olympic athletes have an unfortunate tendency to be recognized only for what they accomplish during the Games, and these days that fame is even more fleeting than it was in the past. Ashton Eaton became arguably the greatest all-round athlete in the world when he won decathlon gold at the 2016 Olympics but he is hardly a household name – a comparison of Google Trends shows him lagging far behind golfer Jordan Spieth over the past five years. And Eaton won the hallmark Olympic event twice.

In the case of Lindsey Vonn, who has retired from skiing after finishing third in the downhill at the World Championships on Sunday, it was her high-profile relationships with Tiger Woods and NHL star PK Subban that kept her in the headlines rather than her achievements on the slopes. That’s because her home country, obsessed with its domestic sports leagues, tends not to notice skiing World Cups or World Championships. And that’s a pity, because the 34-year-old fashioned a model of consistent winning and resiliency that few athletes can match, until a long string of injuries finally forced her into retirement.

In another country, perhaps each of Vonn’s 82 World Cup wins – more than any woman and just four shy of Ingemar Stenmark’s men’s record of 86 – would have led the sports broadcasts. Certainly her 20 crystal globes for World Cup season titles, more than any man or woman, would be celebrated. Even the New England Patriots couldn’t match the five-year run she had from 2008 to 2012, when she won four overall World Cup championships.

During that run, she was nominated three times for the global Laureus Sportswoman of the Year award, winning in 2011. In 2016, she was nominated for the organization’s Comeback of the Year, appropriately for a woman who has battled back from countless ill-timed injuries, a by-product of her willingness to put her body on the line in a dangerous discipline. No one was more aggressive in the pursuit of victory than Vonn: “I’m willing to risk everything every time I’m in the starting gate, but it’s also been the reason I’ve crashed so many times” she told the Guardian in 2018.

The injuries – which often struck around the Olympics and World Championships, limiting her medal haul in the marquee events – range from a slashed thumb from a champagne bottle sustained at the 2009 World Championships to the horrific crash in the 2013 World Championship super-G, where the broadcasters’ microphones picked up her shrieks as she skidded down the course. She was airlifted off the slope and was diagnosed with a brutal combination of injuries in her right leg – a torn ACL and MCL and a tibia fracture.

But after each crash, she showed a fierce – perhaps impatient – determination to get back to the starting gate. She tried to return for the 2014 Olympics but suffered another injury setback when she reinjured her knee. Perhaps it’s no wonder she’s now dating Subban, who plays a sport in which injured players are expected to get stitched up and get back on the ice as quickly as possible. Few other people could comprehend how she could suffer injury after injury and return.

Vonn turned 30 in 2014, a few months after missing the Olympics. But she wasn’t done. She took bronze in the 2015 World Championship super-G and came back for another bronze in the 2017 downhill, raising her total of World Championship medals to seven. And in Pyeongchang last year, she took a third Olympic medal – a bronze – to go with her gold and bronze from the Vancouver Games in 2010.

But as well as being a fierce competitor, Vonn was always human. She could be offbeat – she started her own herd of livestock after choosing a cow (“because she was really cute”) as a prize over a $5,000 check after a World Cup win at Val d’Isere. The cow, Olympe, turned out to be pregnant and Vonn now owns a family of them.

And, perhaps most importantly, she was never afraid to admit she suffered like the rest of us – despite her gifts, fame and money. “She never acts like she is on Olympus, where she could be,” her friend and rival Sofia Goggia said last year. As well as her physical burdens, she has been open about her bouts of depression, which she has managed with medication, the support of her family and her beloved rescue dogs. “Everything about my life seemed so perfect to people. But I struggle like everyone else,” Vonn told the People magazine in 2012, adding that at one point in 2008: “I couldn’t get out of bed anymore. I felt hopeless, empty, like a zombie.”

Her US teammate Mikaela Shiffrin, who won the super-G at this week’s World Championships, may well supplant Vonn one day as the most decorated female skier of all time. But, for now at least, it is time to pay tribute to one of history’s greatest skiers.

Alan Kennedy: this fantastic Liverpool team reminds me so much of my own

Will Klopp’s team become the GLOAT (Greatest Liverpool Of All Time)? 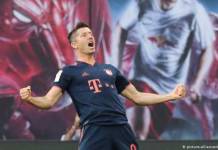