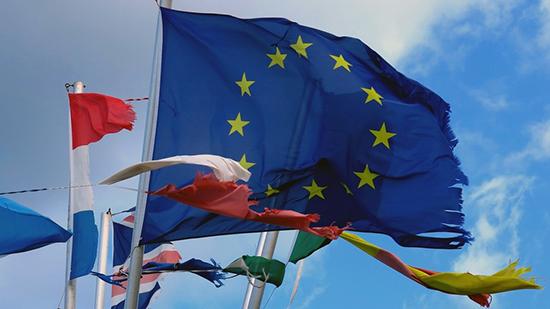 With the approach of the May elections to the EU Parliament, a pro-EU think tank has sounded an alarm over the burgeoning Euroskeptics, expected to take some 30 percent of seats. Naturally, Russia “highly likely” has a hand in it.

The alarmist report is published by The European Council on Foreign Relations (ECFR) – a pro-EU non-profit think tank. The ECFR was established in 2007 and relies primarily on “donations” from various organizations – including such purveyors of a globalist agenda as George Soros’ Open Society Foundation and the Rockefeller Brothers Fund.

Needless to say, the report paints a very dim picture of a European future if Euroskeptics manage to secure the expected 28 –or even 30– percent of seats in the EU Parliament in the May elections, as opinion polls indicate. According to the report, Euroskeptic parties from all across Europe – both left- and right-wing – are bent on “paralyzing” the bloc.

“Their ability to paralyze decision-making at the centre of the EU would defuse pro-Europeans’ argument that the project is imperfect but capable of reform. At this point, the EU would be living on borrowed time,” the report warns.

The upcoming elections are described in terms like “battle of ideas,”“fight” and so on. It’s pointed out, however, that the EP is “only one of the European Union’s governing bodies and, in many ways, the least powerful of them.”

At the same time, the think tank urges readers not to underestimate the importance of the elections, which could “have a very high cost for liberal internationalists,” stressing that a high turnout is key for pushing the Euroskeptics back. It also provides a list of tips on what to tell people to encourage them to go to the polls, warning that a “defensive” stance is not sufficient.

Rather than simply fight defensively on the issues that anti-Europeans favour, pro-European forces should be creative in constructing an image of a reinvigorated, hopeful European project.

Apart from general concerns about the alleged desire of assorted Euroskeptics to “dismantle the rule of law,” disrupt setting unified environmental regulations and conduct an overall attack on “European values,” the “anti-Europeans” are, in general, friendly towards Russia, the report warns. Which means that Moscow will, of course, try to meddle with the elections to help them.

To back up the warning, the report cites alleged – but unproven – Russian meddling in other elections, and uses the tried and trusted “highly likely” formula.

“Given the Russian interference in recent national elections in Europe, and the tension in EU-Russian relations arising from hostilities in the Sea of Azov in November 2018, it is highly likely that Moscow will attempt to manipulate the EP vote,” the report claims.

At the same time, the think tank acknowledges that the Euroskeptics are very far from being a united force and often have polarized views on various issues. They still, however, might get some common cause – with their supposed “love for Russia” being the main one, naturally.

“Love of Russia, hatred of sanctions, and strong protectionist inclinations can unite the far left and the far right. Nonetheless, it is still more common for them to take different approaches,” the report states.