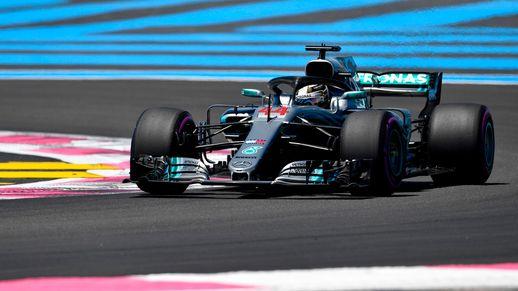 Rich Energy Haas were the first Formula 1 team to unveil what their car will look like for the 2019 season and now their rivals are putting the final touches to their challengers ahead of launch week.

A new black-and-gold livery was revealed for the Haas VF-19 on 7 February and the American outfit has confirmed that the physical unveiling of the car will take place on the first morning of pre-season testing on Monday 18 February.

On 11 February Toro Rosso and Williams unveiled the look of their new cars, the STR14 and FW42 respectively, and on Tuesday 12 February Renault will reveal their 2019 challenger.

The first pre-season test is being held at the Circuit de Catalunya in Barcelona, Spain, from 18-21 February.

See below for details on each team’s launch and how to watch and follow online via social media.

We are proud to welcome our new title partner @rokitofficial and introduce #ROKiT Williams Racing! pic.twitter.com/1CA2TV2P2A

24 HOURS TO GO!
Watch out for content on here from 11:30 (UK time) onwards tomorrow. We can%u2019t wait!#RSspirit pic.twitter.com/OYgL1VHqWk

Here%u2019s all the info you need on how to watch the #MCL34 car launch live on 14th February, wherever you are in the world. %u27A1%uFE0F https://t.co/nbN2SrAHoj pic.twitter.com/0rNaxKPq6K

You know the date. Our 2019 challenger is just a week away %uD83D%uDDD3#ForzaFerrari pic.twitter.com/hUajpGasch

We’re proud to present the #RichEnergy #HaasF1 VF-19 livery unveil. All change in the looks department for the new #F1 season!

Jürgen Klopp wants Liverpool to show worth as European contenders