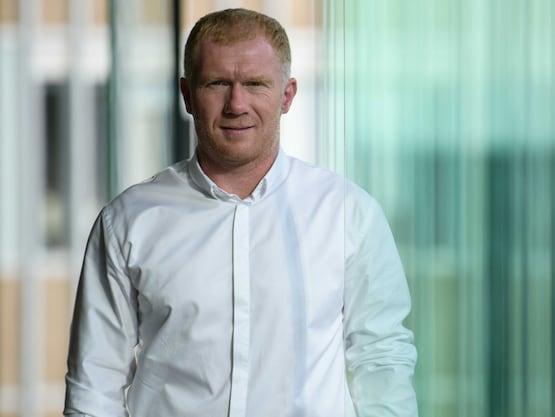 Former Manchester United and England midfielder Paul Scholes has been appointed as manager of Oldham Athletic, the club announced on Monday. Scholes, 44, is taking on his first managerial role, signing a contract with the club he supported as a boy after spending his entire playing career at Old Trafford.

The former Premier League club are languishing in mid-table in League Two, the fourth tier of the English game.

“Oldham Athletic are delighted to announce footballing legend Paul Scholes as the new first-team manager on a one-and-a-half-year-deal,” the club said in a statement.

“Paul has won everything there is to win in football,” said owner Abdallah Lemsagam. “He is a man who will bring a lot of footballing knowledge and his hunger to succeed in management will be there for everyone to see.

“It’s no secret how much he has wanted this job in the past and how much he loves this club, so I’m very happy to bring him into our family at Oldham Athletic.”

Manchester United wished Scholes luck, saying in a message on Twitter: “Best of luck to Scholesy in his new role as first-team manager of @OfficialOAFC!”

Scholes, who owns a stake in non-league Salford, will step down from his role as director of the National League club.

The English Football League gave Scholes the go-ahead last week to take charge of Oldham, ruling that there was no conflict of interest.

“I couldn’t be any happier at the minute,” he told Oldham’s official website. “It’s been a while. Obviously there’s been talk of it when I finished my (playing) career.

“It wasn’t something I was quite ready to do and there’s obviously been three or four times over the last six years where it could have happened and I’ve not been quite ready.

Scholes, a member of Manchester United’s famed “Class of ’92” alongside David Beckham and Ryan Giggs, said he wanted to entertain Oldham’s fans.

“I want my team to be aggressive and focused on winning first and foremost,” he said. “I know it’s not going to happen every week, but I go into every game expecting to win.”

Scholes will take charge of his first match against Yeovil at Boundary Park on Tuesday.