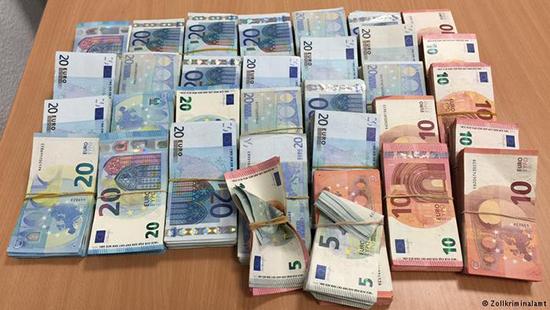 The EU’s dirty-money blacklist should be widened to include Saudi Arabia, Nigeria and Panama, the European Commission has urged. The proposal still hinges on approval by the European Parliament and EU member states.

European Commissioner for Justice Vera Jourova urged the 28-member bloc Wednesday to expand its blacklist from 16 to 23 territories, warning that banking sector risk could “spread like wildfire” when it came to money-laundering by organized criminals and terror-financing.

“Europe is open for business, but Europe is not naive,” added Jourova, who is originally from the Czech Republic.

Inclusion on the blacklist does not trigger EU sanctions, but it does oblige banks in Europe to apply tighter checks on clients’ transactions under criteria designed to avoid “systemic impact on the integrity of the EU financial system.”

The commission’s proposed list expansion — still subject to approvals from the European Parliament and EU member states in the next few months — quickly drew rejections.

Saudi Finance Minister Mohammed al-Jadaan said Riyadh regretted the move and was working to “improve our regulatory and legislative frameworks.”

Pre-Brexit Britain, which runs its own but smaller anti-money laundering list, asserted that an expanded EU blacklist would “confuse businesses.”

Panama, the focus of major scandal in 2016, said it had recently adopted stronger rules against money laundering.

And the US Treasury Department said it had “significant concerns about the substance of the list and the flawed [EU] process.”

Jourova, in Strasbourg for a European Parliament session, said Europe must have the “highest standards” to ensure that “dirty money from other countries does not end up in our financial system.”

Sven Giegold, a Green member of the European Parliament’s special committee on financial crimes,  described the commission’s move as a “real advance” but added that some of the “biggest” offenders were still missing.

“These include Russia, the City of London and its offshore territories, as well as Azerbaijan,” Giegold said.

Former investigating judge and French Greens MEP Eva Joly, who is originally from Norway, said Cyprus and Britain should also be on the list.

The commission’s proposed additions also include Libya, Botswana, Ghana, Samoa, the Bahamas and the four US territories of American Samoa, Guam, Puerto Rico and the US Virgin Islands.

Removals proposed by the commission are Bosnia, Guyana, Laos, Uganda and Vanuatu.

Reuters quoted EU sources as saying that London had opposed a blacklisting of Saudi Arabia, which is a major importer of goods and arms from the EU.