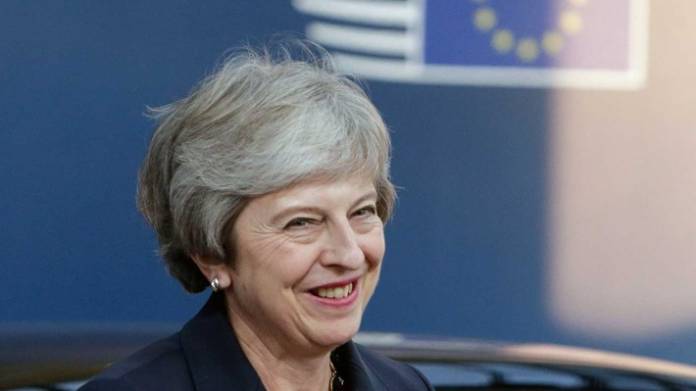 Embattled UK PM Theresa May has shared a pearl of wisdom with her cabinet, declaring that she prefers to scrape mold off old jam rather than throw out the whole jar. Brits couldn’t help but wonder: was this a metaphor for Brexit?

May shared the priceless gem of wisdom with her cabinet on Tuesday in a talk on how to cut back on food waste, adding that food shouldn’t be thrown away just because it’s after its sell-by date – instead, people should use “common sense” to decide what is and isn’t edible.

She backed away from the less-than-controversial statement when pressed by reporters, responding through a spokesman that it was “a matter for the individual” whether Brits should follow the PM’s example.

Health agencies were not amused. “Unseen toxins” can still hurt those who consume them, the Food Standards Agency warned, particularly children, the elderly, and those with compromised immune systems. “It is advised not to eat food that is obviously rotten or containing mold due to potential risks from mold,” a FSA source told the Telegraph, adding: “While it is possible that removing the mold and a significant amount of the surrounding product could remove any unseen toxins that are present, there is no guarantee that doing so would remove them all.”

Meanwhile, Labour leader Jeremy Corbyn took advantage of the “jam moment” to remind constituents that he makes his own preserve, sans-mold, and even shared a recipe.

The inevitable comparisons to Brexit were swift and merciless.

No, the Brexit metaphor is throwing away the jam and eating the mould!

Mould affects a much wider area of foods than is apparent. Like Brexit.

Shame we can’t get rid of the @Conservatives mold at the top of our government and replace it with @jeremycorbyn jam.
We’ll get there. Keep fighting the fight ✊🌹

While some were disgusted by her “common people” act,

Appears the PM has tips on mouldy food, the Tories have always promised more “Jam tomorrow” and now you can just scrape the mould off existing Jam and carry on in Tory fuelled austerity U.K. I don’t reckon too many Tories will be scraping mould off food! 😡https://t.co/Aex3tvyIgV

Basically its ‘Look if I can do it so can all you homeless. jobless, those on universal credit. I’m @theresamay and I know whats good for you’

others focused on the silver lining.

Mould could be a handy source of antibiotics when the medicines stop flowing in April…….

She shows daily, that’s she’s into recycling, just look at her speeches and answers to any and all questions.

For some though, May’s questionable political decisions (and, possibly, dance moves) suddenly started to make sense.

Does ergot not cause hallucinations? Might explain a lot?

May has been criticized widely for her handling of the Brexit process, with less than two months remaining to make a deal that would satisfy both the EU and her own government.