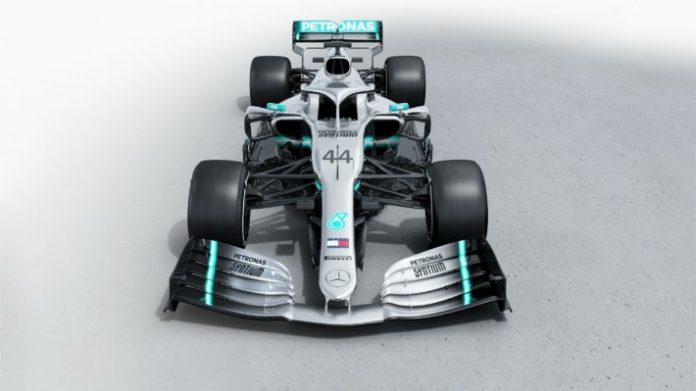 The champions unveil the W10 with a shakedown at Silverstone

Formula 1 champions Mercedes have unveiled their 2019 challenger, the W10, with a shakedown at the Silverstone International Circuit.

The new car completed its first laps with Valtteri Bottas behind the wheel for a 2.98km run at the home of the British Grand Prix on 13 February. F1 world champion Lewis Hamilton took the W10 for a spin in the afternoon.

Mercedes team principal Toto Wolff said: “The 2019 season will be a new challenge for all of us. The regulations have changed quite substantially.

“We have to start from scratch, we need to prove ourselves again – against our own expectations and against our competitors. We start the season with zero points, so we’re taking nothing for granted and there’s absolutely no feeling of entitlement to be at the front.

“In fact, with the regulation change for the new season, every team can have a shot at the title and we’re seeing all of them as a potential threat.”

Mercedes have confirmed that the shakedown constitutes an official 100km filming day which they will use as a final systems check before the first pre-season test in Barcelona.

“We’re eager to hit the ground running in Barcelona, to benchmark ourselves against our own simulations and see if our predictions materialise on track,” said Wolff.

“We will focus on ourselves, building up performance and hopefully be ready when the first really competitive session starts on Saturday in Melbourne.”

F1’s first pre-season test takes place at the Circuit de Catalunya in Barcelona from 18-21 February and test two will be held from 26 February to 1 March.

The first grand prix of the season is in Australia on Sunday 17 March.