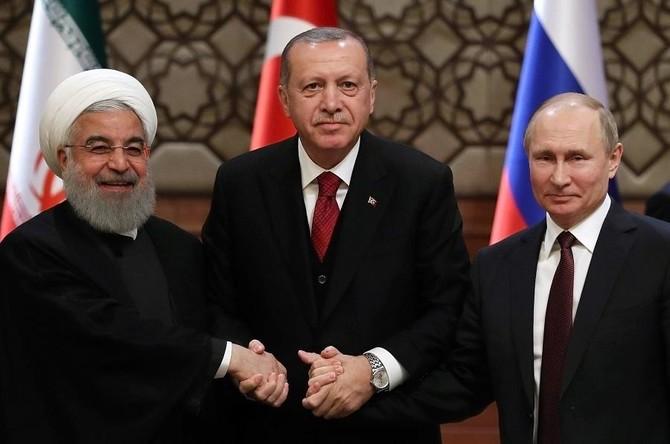 Russia Today
Leaders from Russia, Turkey and Iran have descended on the Black Sea city of Sochi to discuss ways of ending Syria’s near-eight-year civil war. Meanwhile, hostile talk is emerging from a meeting of the US and its allies in Warsaw.

Ahead of the talks, the Kremlin said the purpose of the convention would be to discuss potential “joint steps” that can be taken to bring about a “long-term settlement” in the war-torn country.

Speaking at the start of his meeting with Putin, President Erdogan said there was still uncertainty over Washington’s plan to remove troops stationed with Kurdish forces in northern Syria. However, he added that Turkey was willing to move ahead with coordinating a possible ‘safe zone’ with Russia.

Both Iran and Russia have been key allies in helping the Syrian government to defeat Islamic State (IS, formerly ISIS). NATO-member Turkey also has a keen interest in Syria. In 2016, Turkish-backed Syrian militias seized two border crossings and now control a strip of Syrian land as deep as 30km. The grab was considered a bid to contain the Kurdish militias of the YPG, a group seen as terrorists by Erdogan, preventing them from expanding further along the Turkish-Syrian border.

The Sochi summit comes as countries allied to the US are in the Polish capital for two days of meetings. Organized under a similar theme of bringing “peace and stability to the Middle East,” the talks have been seen as a way for US President Donald Trump to drum up support among European and Arab allies for further action on Iran.

Meanwhile, the Israeli leader has been even more blunt. Prime Minister Benjamin Netanyahu has said Israel and Arab countries are in talks “in order to advance the common interest of war with Iran,” although the translation from Hebrew was later downgraded to “struggle.”