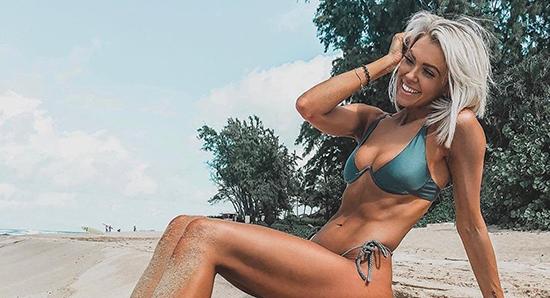 The online fitness influencer has reportedly failed to provide the personalized and regular communication advertised in her online fitness program description.

An Instagram “fitness influencer,” known as Brittany Dawn Davis, has come under fire after thousands of clients accused her of scamming them out of hundreds of dollars via her online fitness program.

According to the enraged clients, Davis hasn’t communicated with them in the “individualized” way they were promised.

“We’d go weeks at a time without communication,” one client told Houston news station KHOU. “There would be something I’d need to know that morning, and I wouldn’t hear back from her until that night, maybe until a week later. I mean, what kind of access is that?”

“It took her like over six weeks to reply to me,” another one told the local Texas news outlet. “I just can’t imagine her stealing all this money from people. It’s not OK.”

And when Davis did reply, the messages were generic responses instead of thoughtful answers.

“I purchased three online plans from Brittany. The first was a month long training plan advertised as individualized, when in reality it was the same exact plan every consumer receives,” one complaint on the Better Business Bureau’s website says. “In addition, the plan included weekly check ins to ask questions, receive guidance and adjust macronutrients…. Not only were the responses from her well beyond the promised time frame, they also didn’t bother to answer any questions or address any of my concerns. They were generic responses, like ‘doing great, keep going girl!’ and the like.”

The pressure Davis has come under, which includes numerous death threats, has led the Instagram fitness celebrity to issue an apology, saying her business grew too fast for her to cope with.

“I apologize to anyone who feels like they got scammed from me and I genuinely promise that my intentions from the start were pure,” her apology reads. “I did what I needed to do to the best of my ability, I didn’t know what I was signing up for simply because being an influencer and running a fitness influencer business was not really a ‘thing’ back then,” she wrote.

“At times at times it got extreme overwhelming and I took on more than I should have and for that I take full responsibility and I’m sorry,” she added, promising to conduct refunds on a case-to-case basis.

However, her customers reportedly are not satisfied with this apology.

“[My daughter] cleaned countless homes to pay you for a custom program and like many others had her hard earned money STOLEN from her by you,” another complaint reads. “I would like to thank you for teaching my daughter a very good life lesson: Bad hearted people sometimes come in pretty packages.”