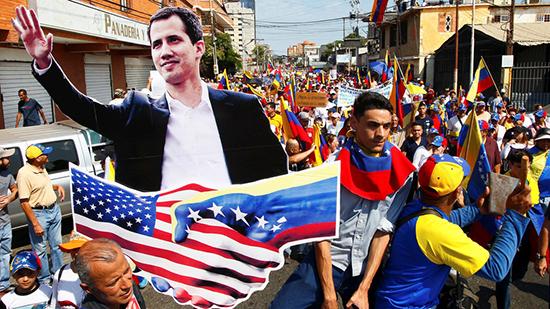 The possible decision of the US to seize Venezuela’s economic infrastructure could become the “steal of the century,”Zakharova also stated during a briefing on Thursday.

In late January, the US froze $7 billion of assets belonging to the Venezuelan state-run oil company PDVSA and its US subsidiary Citgo. Russian Foreign Minister Sergey Lavrov called the US sanctions “cynical,” asserting that Washington’s actions are in fact a confiscation of Venezuela’s state property.

Last week, Venezuela’s opposition leader Juan Guaido did not rule out the possibility of “authorizing” US intervention to oust elected President Nicolas Maduro, while President Donald Trump later confirmed that this was “an option.”