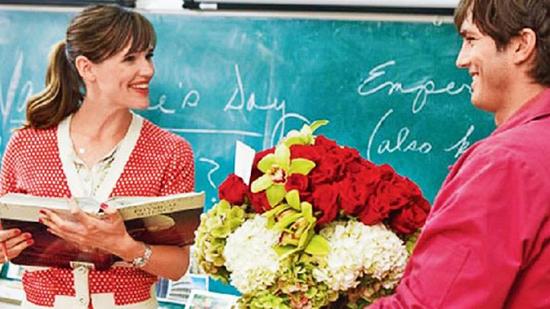 In a world so swamped with technology, it’s not surprising that feelings, once written down as poetry, candlelight dinners, chocolates and perfumes to win someone’s heart, and the thrill of a new beginning, have taken a back seat.

Online sales and a steep hike in prices by flower suppliers could be reason for the low demand.

In this age of speed dating where youngsters move from one partner to the next as quickly as saying ‘a date’, can one say the days of old-school romance are lost to the world? Pooja, an active social media user, said people use dating apps more than meeting in person.

“They have become less real because apps have dehumanised dating and they are more interested in ‘virtual’ versions of each other as they can be effortlessly replaced at the swipe of a finger,” she said.

In a world so swamped with technology, it’s not surprising that feelings, once written down as poetry, candlelight dinners, chocolates and perfumes to win someone’s heart, and the thrill of a new beginning, have taken a back seat. From inserting a like on her selfies to double tapping on her Instafeed, it’s so easy for a guy to impress a girl today.

With a variety of easily accessible electronic greetings, sales of traditional greeting cards have been on a progressive decline. In 1995, Indian greetings cards giant, Archies, registered sales of 2.7 billion greeting cards. This year, the number has dropped to 2.5 billion, before Valentine’s Day week. But Yuhan Arya, manager, Archies, says they are expecting an upswing.

“We are expecting a 30 per cent growth in gifts and 25-30 in perfume this year,” he said. “We have also tied with Cadbury’s to provide chocolates across Archies network.”

Aruna Dhir was once a creative writer at Archies and agrees the “death of the traditional greeting card has been vastly exaggerated”. “New romantic lines on cards and new products are being introduced every year,” said Dhir.

“The card sales have been declining due to an increase in competition from ecards, custom-card services, and more modern and time-efficient ways of communication.” Satish Oberoi, an aspiring healthcare worker, said he is “satisfied” with the internet introducing new ways where people of similar interests and habits come together.

“The web is making it easy to find and create communities for people who seem delighted to recognise there are others like them,” he said.

Some of the busiest florists in Delhi agree cards are now viewed as a defunct product. Also people aren’t really interested in buying flowers for their loved ones.

Vikaas Gutgutia, manager at Ferns and Petals, feels online retail has seen a 30 per cent boost this year as compared to last few years. But, it’s only because of Valentine’s Day.

According to Lokesh Sahni of Just Flowers, people have already spent nearly Rs 2 billion on flowers online this year. “The most admired Valentine’s Day flowers are unsurprisingly Roses,” said Sahni.

“We bring in 350 million roses for the Valentine’s Day each year.” Sahni also mentions they’ve seen an increase in the demand for candy – as Rs 1.7 billion worth has been sold – along with cards and other gifts prior to February 14.

Jai Mata Di florist Sunny Singh said while sales on Rose Day (February 7) were decent, sales have now gone down drastically. “I don’t know what has been the cause,” he said. “Online sales and a steep hike in prices of flowers by suppliers could be the reasons for the low demand.”

At Sugandha Florists, not a single bouquet has been sold since last week, let alone red roses, although sales at this time are high every year. “We have bookings for February 14,” said Rakesh, the owner of Sugandha.

“But it is beyond my understanding why there are no sales. I think we’ll have to cut the prices which we usually increase on Valentine’s Day.”

But there still exist couples who go the old-fashioned way, who have been hiding their roses in textbooks, novels or their much-loved diaries. Even the youth prefer romance the traditional way.

“I like receiving cards, so I like sending them,” said Taranpreet Chabra, a real estate agent. “But it’s rare now to express one’s feelings through cards and other tangible gifts which can be preserved for a lifetime. I wish people would do it more despite an increase in the use of e-cards and ‘virtual roses’, as it’s a pleasure to open something via the post that is not a bill.”

Let’s not forget that somewhere we still crave romance and hence the world of love letters doesn’t really appear a complete misfit amongst online dating apps and virtual meetings.

How COVID-19 is changing the world: A statistical perspective