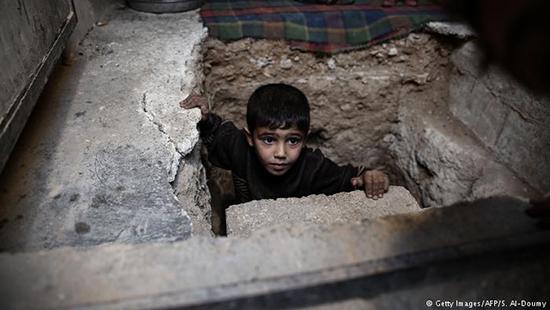 Some 300 babies worldwide die every day due to the effects of war, Save the Children has estimated in an analysis focused on 2017. Nearly one-in-five children — about 420 million — were living conflict zones.

War zone acts including denial of aid, damage to hospitals and outright attacks killed 100,000 babies every year in the world’s 10 worst conflict-affected countries, the international charity Save the Children said on the eve of Munich’s Security Conference.

And, a fifth of children were living in zones impacted by conflict, more than any time in the past two decades, said the report.

“It is shocking that in the 21st century were are going backwards on principles and moral standards that are so simple,” said Helle Thorning-Schmidt, chief executive of Save the Children Internationaland former Danish prime minister.

“Children and civilians should never be targeted,” she insisted, and decried the flouting of “international rules and norms.”

The report compiled by the Peace Research Institute of Oslo and drawing on UN data for the five years up to 2017 and a Lancet journal study, finds that more than 550,000 infants died “due to the reverberating impact of conflict” over that period.

Conflicts had become “more likely to be protracted, urban and fought among civilian populations,” resulting in 420 million children — or 18 percent of all children worldwide — living in conflict areas in 2017.

Of particular concern, said the report, were 142 million of these children living in close proximity to violence in 2017 in “high-intensity” conflict zones, such as Yemen, Syria and Somalia.

Children were killed and maimed, recruited as child soldiers, abducted, sexually abused and exposed to what Thorning-Schmidt said was an “alarming increase in the use of aid [-denial] as a weapon of war.”

“It is unfortunately the case that the deliberate firing at children is partly used as a military… tactic, because one knows that one can weaken the opponent very strongly. That is a finding that we have seen again here in this report,” said Meike Riebau of the German section of Save the Children, which demands that perpetrators be more tightly sanctioned.

Riebau told DW in an interview that the suffering of children in armed conflicts was often overlooked and the “shockingly high” numbers of affected children presented in the report could be even larger.

‘Tip of the iceberg’

Verified cases of grave violations against children recorded by the UN in 2017 were the highest ever recorded, said the report, “at more than 25,000” and “only represent the tip of the iceberg.”

The charity’s report detailed children killed and maimed in Afghanistan by improvised explosives and abandoned ordnance; children in Nigeria forced to perpetrate suicide attacks; and airstrikes in Iraq, Syria and Yemen that had taken a “particularly heavy toll on children.”

The Save the Children report’s release coincided Friday with a Reuters news agency depiction of a 12-year-old Yemeni girl, Qoba, admitted to a clinic in northwest Yemen weighing only 10 kilograms (22 pounds).

An older sister Fatima said Qoba, her 10 siblings and father lived under a tree, vulnerable and destitute, after fleeing bombardment by a Saudi-led coalition.

In northeastern Syria, civilians fleeing the offensive by US-backed Syrian Kurdish fighters against the last Islamic State stronghold have crowded into the al-Hol refugee camp.

UN official Fadwa Baroud told the German news agency dpa that from December up until February 6, at least 39 children had died, either en route or shortly after arriving in the camp, mostly due to hypothermia or malnutrition.

“Children are bearing the horror of armed conflict,” said Kevin Watkins, head of the British branch of the charity, referring to the charity’s report.