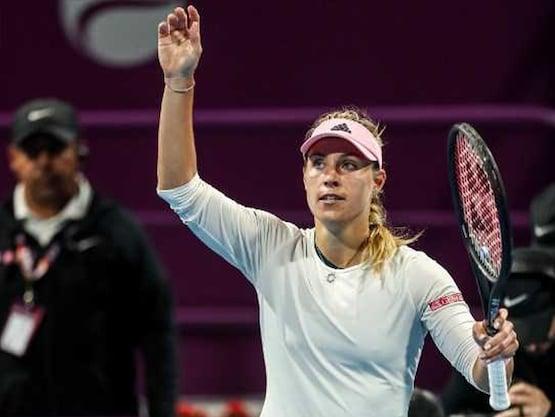 Three-time Grand Slam champion Angelique Kerber came from a set down on Thursday to reach the Qatar Open semi-finals, in a match lasting more than two hours. The world number six won 1-6, 6-2, 7-5 (7/4) in a tough encounter against Barbora Strycova of the Czech Republic — who was given a time violation in the final set — to set up a last-four clash against Kiki Bertens or Elise Mertens.

The German not only battled back from being a set down, she was also a break down in the second and third sets before winning through.

It is Kerber’s first semi-final since she won at Wimbledon last year.

She will either play world number three and top seed in Doha, Simona Halep, or Germany’s Julia Goerges in the next round.