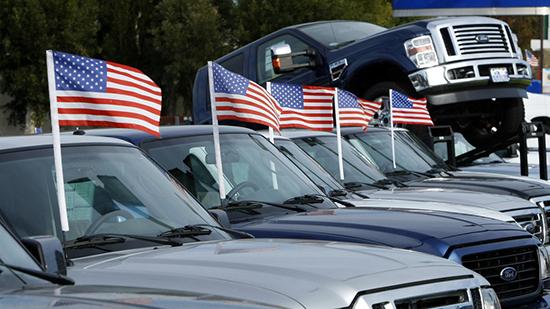 Soaring car-loan debt in the US is a disturbing sign for the economy, showing that the middle class is in “serious economic trouble” as people sacrifice their basic necessities, Professor of Economics Richard Wolff believes.

A record seven million Americans are three months or more behind on their auto-loan payments, according to a recent report released by the New York Federal Reserve. The number is more than one million higher than it was in 2010, when the world was still reeling from the economic crisis.

RT’s Boom Bust sat in with economist and co-founder of Democracy at Work, Professor Richard Wolff, to find out if the situation is a proxy for economic desperation, similar to the mortgage crisis that led to the long economic downturn.

“The folks at the top have been doing very, very well; but the mass of people – even if they get a job finally – [they] get a job with lower income, less security, fewer benefits and you’re seeing the results,” he said.

“If it were just the unpaid car loans, it would be one thing, but we’re seeing it everywhere,” Wolff told host Bart Chilton. He added that most people “are in very serious economic trouble and the slightest downturn is going to take us over the edge.”

Cars are an “absolute necessity” for Americans and their everyday routine – from going to work and getting kids to school to doing shopping. The fact that they are not paying for this might mean that these people are ready to give up other basic things, like a visits to the doctor, the analyst warned.