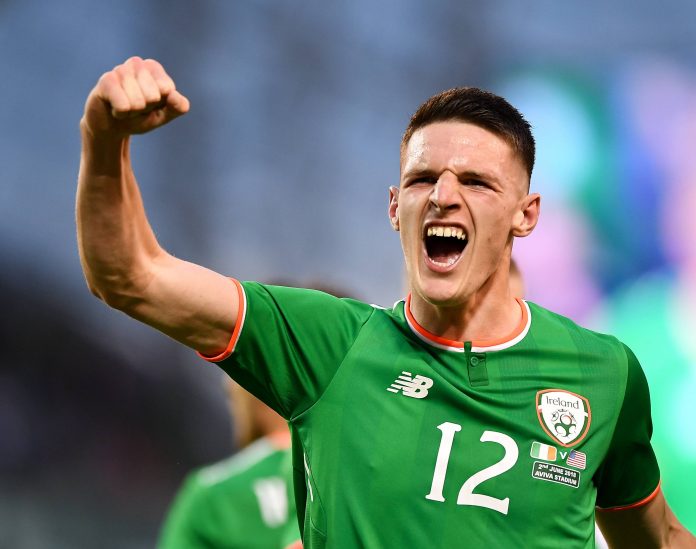 It was intriguing to see the mixed reaction to Declan Rice’s decision to commit his international future to England over the Republic of Ireland. I don’t think people fully appreciate how difficult it can be to have two nationalities in football and the kind of stigma that can come with it – especially for someone who is only 20. Rice broached the issue of respect for his dual heritage so eloquently and honestly in his public statement, which I am sure will bring him respect for his decision in return.

There will be a lot of Irish fans who were disappointed and offended by his decision but for me it is not necessarily a question of choosing an allegiance. There is an either/or culture in football that is polarising. Many believe it is about picking a side and sticking with it but when your heritage is essentially both it is difficult. For example, I’m both British and Nigerian. In the same way as someone such as Adam Lallana has family roots in Spain. If you dig a little deeper there are so many English players with Welsh or Scottish heritage. We’re not just one-dimensional. Raheem Sterling is another example. He is proud of his Jamaican roots but plays for England and is proud of that too.

Rice has played three times for the Republic in friendlies but he grew up in England and is choosing with his head and his heart. He is well within his rights to make that choice under the regulations, even if some people might look at it cynically and say he has made a calculated decision to play for a country who usually do much better in tournaments. But let’s say he was offered the chance to leave West Ham and play for a bigger club such as Manchester United, Manchester City or Liverpool, there would not be the same outcry. What is the difference?

Perhaps I’m just looking at an emotional topic of nationality too objectively. I know people see representing one’s country as very different to playing for your club but it’s not as if Rice has chosen to play for Brazil because they are the best team in the world. He is as English as he is Irish and has chosen to play for England. Does it make you more English because you are born in England? Are we going to start tracing bloodlines now to decide whether a player should or should not represent their country? I struggle to understand why many in football get so upset about dual nationality.

Rice is being open and essentially saying: “Well, actually I’ve got a bit of a choice to make here,” as he would do if a bigger club came in for him. If he is choosing England for whatever reason, then it’s a valid choice. It’s part of him and would be if he chose Ireland over England. I understand the problem with countries who go looking for players with looser generational ties in an attempt to improve their team, as has happened in other sports. This is slightly bending the rules and cherry-picking talent from around the world. However, when there is a genuine affiliation to a country where you have been raised then it’s a different matter.

This a tricky issue because ultimately it’s a question of identity. Being of Nigerian heritage, I can understand Rice’s situation and can relate to the battle between dual nationality both in life and in the context of football.

It can be difficult for players who are perceived to have turned their backs on England, as Wilfried Zaha found out

I didn’t have that benefit of choice because I was called up to my first England squad when I was 14 and the Nigeria women’s team did not really have the structure back then to select me. On the other hand, my brother, Sone Aluko, played for the Super Eagles even though he was born and raised in Birmingham.

It can be difficult for players who are perceived to have turned their backs on England, as Wilfried Zaha has found out after deciding to play for Ivory Coast. I remember Jack Grealish got a lot of abuse on social media and even from fellow professionals such as Jack Wilshere when he was weighing up the same choice as Rice. There is still this perception in football about whether people are “English through and through”. Essentially there is not any such thing without going into a whole discussion on genetics and bloodlines of each player.

Grealish is from an Irish background but, like me, was raised in Birmingham. I believe, much like the maturity of Rice’s statement, there needs to be a much more mature attitude in football towards players who have dual nationality and respect their choices as legitimate without the cynical perception that comes with it. Ultimately you can be both – Rice could have chosen to play for the Republic or he could have chosen to play for England and it’s up to him which is best for his career after consulting his family, who I am sure have dual allegiance, too.

Whatever national anthem that individual chooses to sing, we have to respect that. In this case, the Republic are the ones who lose out but I’m sure Ireland will always remain a part of Declan Rice.