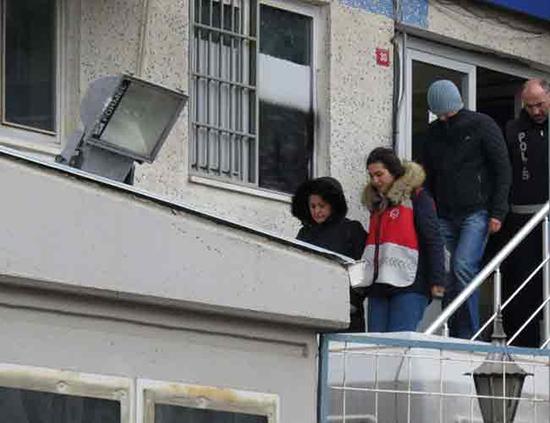 Four people were detained on Feb. 14 as part of an investigation conducted by a prosecutor into the collapse of a building in Istanbul’s Kartal district which killed 21 people.

The allegations that some columns in the basement were removed and sea sand was used in the construction will also be investigated, according to judicial sources.

The seven-story block in the Kartal district on the Asian side of the city collapsed on Feb. 6.

Twenty-one of the 35 people trapped under the debris were killed, 14 were rescued and hospitalized.

Turkish media said three floors of the structure had been illegally built.

During a visit to the scene on Feb. 9, Turkish President Recep Tayyip Erdoğan said: “We have a great number of lessons to learn from this. We will take the necessary measures.”

Meanwhile, main opposition CHP leader Kemal Kılıçdaroğlu accused an AKP official of being complicit in the death of 21 people.

“The man who allowed these three illegal floors is currently the mayor of Erzurum,” the CHP leader said on Feb. 12, referring to Mehmet Sekmen, who previously was mayor of Kartal.