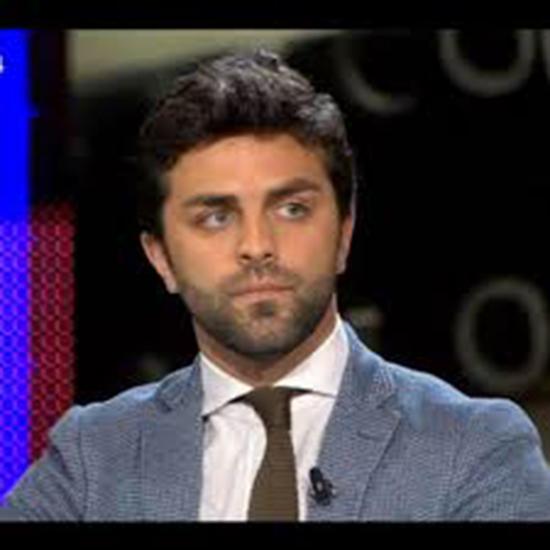 Pressed on his party’s migrant policies and support of Russia, Italian MEP Marco Zanni, of the far-right League party, abruptly stopped an interview with DW’s Conflict Zone and walked off the set.

Italian MEP Marco Zanni rejected allegations that his party is racist and dismissed reports of attacks on migrants in his country as “fake news.”

Speaking to Tim Sebastian on DW’s Conflict Zone, Zanni said the League was concerned about the effect of migration on ordinary Italians. “Economic theory shows that uncontrolled and illegal migration flows have an impact … not only in terms of a down pressure on real wages but also on the money that government has to spend in order to create refugee camps.”

Zanni’s League party, which governs in coalition with the populist 5-Star Movement, has often been accused of promoting far-right ideas, particularly in its power base in the north of the country.

“Italian people are still strongly supporting the policies, especially in the migration field, of this government,” Zanni told Sebastian.

The Italian government has become embroiled in a battle of words with the French government over immigration and anti-government protests across France. Sebastian asked if Italian Deputy Prime Minister Matteo Salvini, leader of the League, had crossed a line when he said France had a bad government and a bad president.

“No, I think that that it’s normal political opposition that this government and Matteo Salvini are challenging people and politicians or governments that have different ideas, especially on the future of Europe,” Zanni said.

Asked if his party was interfering in French affairs, he went on: “They criticized the new Italian government, called us populist, xenophobic, or people that are against poor people coming from Africa. So, I mean for us it’s normal politics to challenge or to criticize parties in Europe that have different ideas than us.”

“We have allies all around Europe. Our French ally is Marine Le Pen,” he added.

Sebastian pressed Zanni on the treatment of refugees in Italy, pointing out that the country’s Catholic bishops had warned the Italian government that harsh words and aggressive attitudes would not help solve the issue.

“We are just protecting Italian people from illegal migrant flow. And the impact of the wrong policies regarding the migration issues by the previous government is harming deeply Italy,” the MEP said.

Zanni dismissed warnings from anti-racist activists of a dangerous acceleration in attacks on immigrants under the Italian government.

“That’s fake news. In democracy the vote of people is the way to judge a government. … Italian people are still strongly supporting to the policies, especially in the migration field.”

In the two months after Salvini became Italian interior minister, Sebastian said, 12 shootings, two murders and 33 physical assaults on migrants had been reported.

“That’s normal statistics in Italy — it happened before this government and is still happening. And I hope and I think that thanks to the policy of Mr. Salvini and of this government, with less illegal immigration coming to Italy, all those things will drop down,” Zanni said.

Salvini is now facing kidnapping charges for refusing as interior minister to allow migrants to disembark a rescue vessel in Sicily last year.

“The judges … are free to go on with their mandate to investigate, if they see that there could be a breach of the law. But being put on trial is not being condemned for something,” Zanni pointed out.

Salvini, last year posted a video on his own Facebook page in which he said, “In Italy there’s the need to help our kids have kids, not to have new slaves to replace the children we’re not having.”

When Sebastian raised the video with Zanni,  the MEP responded that this was the right approach to a real problem. “That is what is happening in Italy and we are — as we said in our campaign — Italy, Italian first. So we have 5 million poor people, so people living under the level of poverty in Italy. And it’s the duty of the Italian government to take care of those people.”

What was the objective of the government’s crackdown on migrants, Sebastian asked.

“We want to preserve the Italian and European identity,” Zanni said.

Did that mean they wanted to see more white nationalist parties across Europe?

“The impact of the migration and control at migration flows is not just a matter of protecting cultural heritage, but for example, we are leaving a deep impact on the level of real wages. If you have a lot of people that are coming illegally, and that are able or because they are dispersed to be exploited or to make the same job of a European people for less, that’s a problem, economical problem,” he said.

More than once during the Conflict Zone interview,  Zanni indicated that he was unhappy with the questions, and how they were being put. Finally, as Sebastian pressed him on the League’s support of Russia including its annexation of Crimea, Zanni said: “You are a really bad journalist. You are not making an interview, you are just using your role to blame everything and to attack.”

Shortly after, Zanni ended the recording before Sebastian could complete the interview.