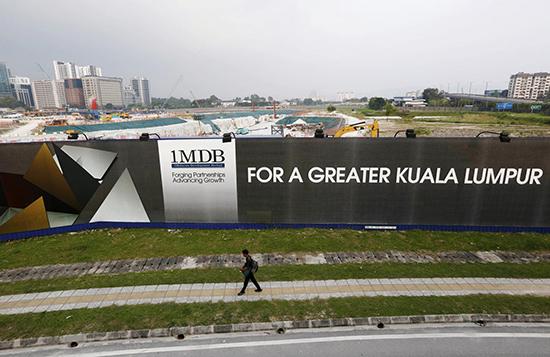 KUALA LUMPUR (Reuters) – Roger Ng, a former Goldman Sachs Group Inc banker caught up in the 1Malaysia Development Berhad (1MDB) fraud scandal, will be allowed to return to the United States to face criminal charges against him there, a Malaysian court ruled on Friday.

Ng has been detained in Kuala Lumpur since Nov. 1, shortly after the U.S. Department of Justice (DoJ) announced charges against him for allegedly laundering funds siphoned off from the 1MDB sovereign wealth fund. He left Goldman Sachs in 2014.

Ng had agreed to waive extradition and would be sent to the United States pending an order from the Malaysian home affairs ministry, judge Edwin Paramjothy Michael Muniandy said in a Kuala Lumpur court on Friday.

Ng had reached an agreement with the DoJ on bail and other terms, Tan said.

“The respondent intends to defend the case on its merits in the court of the Eastern District of New York, the United States,” Tan told the court.

Marc Agnifilo, Ng’s New York-based lawyer, told Reuters ahead of the hearing that his client intended to plead not guilty when he appeared in a U.S. federal court.

Airbus to end production of the A380 superjumbo

Ng is facing separate criminal charges in Malaysia but it is unclear how they will affect his transfer. The attorney-general’s office did not respond immediately to a request for comment.

Tim Leissner, another Goldman Sachs official, and Malaysian financier Low Taek Jho have also been charged in the United States over the alleged theft of billions of dollars from 1MDB. Leissner has pleaded guilty.

A Goldman Sachs spokesman, asked about Ng, said: “As we have said all along, we are outraged that any employee of the firm would undertake the actions detailed in the government’s charges.”

Goldman Sachs is being investigated by Malaysian authorities and the DoJ for its role as underwriter and arranger of three bond sales that raised $6.5 billion for 1Malaysia Development Berhad.