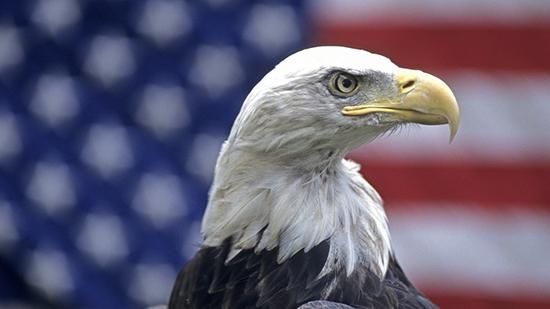 Even as the ‘Russiagate’ probe crumbled in the US Senate, five senators resurrected a ‘sanctions bill from hell’ against Russia. What are the prospects of it passing, and does it even need to in order to achieve its objective?

The “Defending American Security from Kremlin Aggression (DASKA)” Act, also known as Senate Resolution 482, was announced on Wednesday by the leading Democrat on the Senate Foreign Relations committee, Bob Menendez (D-New Jersey). It is a rehash of the August 2018 bill (S. 3336) proposed by Menendez and Lindsey Graham (R-South Carolina), called the “sanctions bill from hell” at the time.

Because DASKA has not been properly filed with the Library of Congress, the full text of the bill is not available just yet. Based on the announcement put out by Menendez, it goes beyond the previous proposal to sanction Russian sovereign debt and banks that “support Russian efforts to undermine democratic institutions in other countries,” investments in natural gas projects outside of Russia, as well as “political figures, oligarchs, and family members and other persons that facilitate illicit and corrupt activities, directly or indirectly, on behalf of Vladimir Putin.”

Even the most cursory observer will notice the bill treats alleged Russian meddling abroad and “illicit and corrupt activities”of the Russian president as established, proven facts (they are not). This is the same line of thinking used in the bill’s proposed sanctions against Russian security agents “deemed complicit in the Kerch Strait attack” – the November 2018 incident in which Russian coast guard stopped several Ukrainian vessels attempting to force passage from the Black Sea to the Sea of Azov.

This, as well as sanctions against Russian ship-building, crude oil exploration, and “state owned energy projects” are all listed as US response to “Kremlin aggression in Ukraine,” the claim Washington and its proteges in Kiev have been making since 2014. No proof has ever been provided for that claim and the sanctions based on it, but US lawmakers are certainly well-versed in repeating assertions until they are accepted as truth (see: ‘Russiagate’).

DASKA also demands the US State Department produce a report on whether Russia can be declared a state sponsor of terrorism.

On the Democrat side, the sponsors of DASKA are Menendez, Jeanne Shaheen (D-New Hampshire) and Ben Cardin (D-Maryland) – the principal sponsor of the 2012 Magnitsky Act, the 2016 Global Magnitsky Act, and the 2017 CAATSA law overriding the Trump administration on various Russia-related sanctions. Back in January 2018, when he was the Foreign Relations Committee ranking member, Cardin also sponsored the conspiracy-laden report accusing Russia of undermining “our democracy” as well as every possible ill the Democrats could think of.

On the Republican side there are Graham and Senator Cory Gardner (R-Colorado). While Graham has sided with President Donald Trump on a number of domestic issues in the past year or so – following the death of his friend and political lodestar Sen. John McCain of Arizona – his foreign policy positions have remained hawkish without exception.

As for Gardner, he is on the record for opposing Trump’s peace initiative in the Korean peninsula. That landed him in hot water in June 2018, when he was quoted as the source for media reports that Vice President Mike Pence contradicted Trump’s promise of suspending US wargames in South Korea. After Pence’s spokespeople challenged the report, Gardner ended up offering a qualified denial.

That is the big question. The 2018 version of the bill never made it to a vote on the Senate floor, expiring alongside the 115th Congress. If Senate Majority Leader Mitch McConnell (R-Kentucky) decides to put it up for a vote, however, it is entirely possible that DASKA could fare the same as 2017’s CAATSA, which ended up with vote-proof majorities in both the House and the Senate. And that was when the Republicans – Trump’s own party, in theory – held majorities in both.

Indeed, congressional Republicans have repeatedly failed to deliver on almost any of Trump’s policy and legislative priorities – in particular when it comes to immigration and border security – and have repeatedly sided with Democrats against the president regarding foreign policy goals.

Just last week the Senate adopted an amendment to the Middle East policy bill urging Trump not to withdraw US troops from Syria and Afghanistan. It passed 70-26, with most of the “no” votes being Democrats. The amendment was proposed by none other than McConnell. With allies like these, who needs enemies?

Coincidentally or not, Menendez and Graham announced their revenant sanctions bill just a day or two after the Senate Intelligence Committee was forced to admit that after two years of hearings, “There is no factual evidence of collusion between the Trump campaign and Russia.”

Indeed, revelations emerging almost daily all point to the ‘Russiagate’ narrative being conjured by Trump’s opponents – the Hillary Clinton campaign and the NeverTrump portion of the Republican establishment alike – to derail his presidential bid, and when that failed, to shackle the incoming administration with a fabricated scandal and force it into submission.

Trump’s embrace of the neocon regime change agenda for Venezuela – a policy that goes entirely against his campaign’s “America first” non-interventionism – suggests that those efforts have been successful. Of course, no matter what Trump does against Russia, those who seek to control him only double down on accusations. There’s a lesson in there about appeasement, for those willing to learn.

The fundamental premise underlying DASKA – as well as any other US sanctions policy, from Cuba to Iran – is that the US is the rightful master of the world, and any nation that dares question its dominion in any way is a rogue state that must be beaten into submission.

There is also a fear, however, that US goods just can’t compete in a truly free market, and that they must be imposed on the world by force. Don’t believe it? Recall this quote by the embodiment of neoliberal globalism Thomas Friedman, published in the New York Times in March 1999 as the US and its NATO allies rained bombs on Yugoslavia:

The hidden hand of the market will never work without a hidden fist. McDonald’s cannot flourish without McDonnell Douglas, the designer of the F-15. And the hidden fist that keeps the world safe for Silicon Valley’s technologies to flourish is called the US Army, Air Force, Navy and Marine Corps.

Fast-forward to 2014, when the late Senator McCain described Russia as “a gas station masquerading as a country.” A key part of US energy policy – under Obama as well as Trump – has been to compel Europe to buy its gas from the US, rather than Russia, despite a massive difference in price. So since US gas can’t be made cheaper, Russian gas has to be made more expensive through sanctions and obstruction.

Yet the more the US tightens its grip, the more countries slip through its fingers, to paraphrase a cult 1977 American film. No wonder Russia and China are overcoming their many differences to band together.