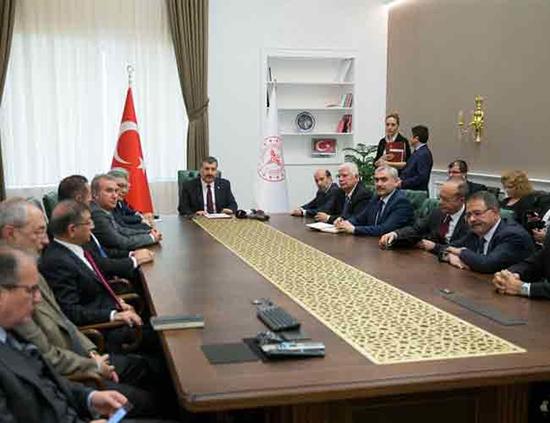 The euro exchange rate set for the pricing of medicines has been increased by 26.4 percent for 2019, Health Minister Fahrettin Koca has said.

“We have reached an agreement with the pharma industry regarding the exchange rateadjustment which will take effect on Feb. 19,” Koca told state-run Anadolu Agency.

This adjustment was made in line with the respective directive that requires a review of the euro-Turkish Lira exchange rate for drug prices every January, Koca told reporters on Feb. 13.

“The value of 1 euro used to calculate the drug prices would be the 70 percent of the annual average euro value. We agreed with the pharma industry that this coefficient should be 60 percent. Thus, the exchange rate has been hiked by 26.4 percent,” the minister added.

In an earlier statement, Koca had said that despite a 17 percent increase on an annual basis in the amount of drug supplied to the market, there were shortages for 41 types of drugs.

“Some warehouses, producers and pharmacies hoarded drugs anticipating a hike in drug prices,” he said on Feb. 5.

Late last month, Koca noted that inspections carried out over a period of 10 days revealed that 42 producers, 20 warehousemen and 32 pharmacists were hoarding drugs.