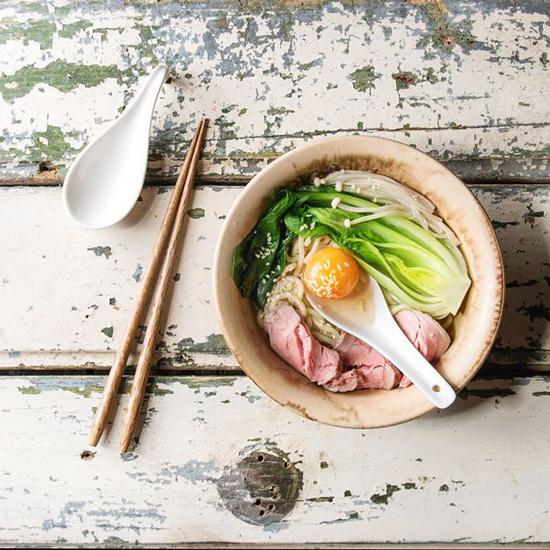 The term “sous vide” was once reserved for Michelin-starred menus. But now it’s cropping up on recipe blogs all over the web and on egg offerings at Starbucks. It sounds fancy AF—but is it actually doable at home?

“It’s not hard, it’s just very important to be clean,” says Ari Schor, chef de cuisine at Liverpool House in Montréal, Canada. “For the home cook, it’s mostly about convenience. It’s more precise than a Crock-Pot, with all the benefits of a slow cooker and none of the risk of burning your food.”

What is sous vide?

“Sous vide” is the French term for “under vacuum.” Essentially, “it’s a practice of sealing your food in a vacuum bag, along with seasoning and other ingredients,” says Greg Grossman, chef and founder of Kettlebell Kitchen. “It cooks your food to an exact temperature over a longer-than-normal period of time, in a temperature-controlled water bath.” It’s more precise than a pan or oven, adds Schor, giving you more control of taste and texture.

According to Grossman, as with any cooking technique, how healthy your meal is really depends on what ingredients you use. For sous vide, “due to the prolonged ‘low-and-slow’ cooking process, it is easy to impart a significant amount of flavor while avoiding the use of unnecessarily added fats or oils, but it ultimately comes down to what you use while cooking.”

“Sous vide” is the French term for “under vacuum.”

When cooking meat, for example, the process helps use the natural juices to cook it. “The fat within will keep the meat succulent and moist,” says Schor. You can then store the food in sous vide bags in the freezer without the risk of oxidation or freezer burn.

What supplies do you need?

Gone are the days of needing to turn your kitchen into a chemistry lab just to be able to cook your own sous vide dishes. You’ll need a vacuum sealer to package the food, and an immersion circulator to maintain the water bath’s precise temperature while cooking. Grossman cites his favorite sous vide home-kit as the PolyScience line in partnership with Breville.

But don’t let the price-tag shock you. “First of all, circulators are much cheaper now, and many are designed for home cooks,” says Schor. “Vacuum sealing systems are way more affordable. For the home cook, long-term cooking sous vide can really save you time.”

He adds that some people try to use Ziploc bags for sous vide, but “that’s not really sous vide.” Ultimately, if you want to give it a go, he suggests buying the proper equipment, and let it work its magic.

What do I need to know before trying it?

How will the food turn out?

Whether you end up with a tenderer or less fatty dish truly comes down to your cut of meat. “It can certainly result in more tender meat since the method allows you to render fat over a long period of time,” says Grossman. “But this will vary based on time and temperature, just as with any cooking method.”

Are there any food safety risks?

Schor says botulism thrives in anaerobic environments like the sous vide, so it’s crucial that everything is completely sterile. The key is to also start with cold meat. “Hot meat in a sous vide bag is not safe,” he says.

“Remember, we are going to cook with a lower temperature. There is something called the danger zone, which is the temperature zone where bacteria propagates and reproduces. Keep your food under 40F and over 140F.”

When would I use sous vide?

Like Crock-Pots, sous vides are great for preparing in the morning, going about your day and coming back to a delicious meal. “You pop in a cheaper cut of meat like a pork shoulder steak in the circulator, go to work, come home, make a quick salad, pull the meat out of the bag, sear it, and dinner is done,” says Schor.

If you’re not a meat eater, fish tastes particularly amazing the sous vide way. “You’re cooking the fish at a temperature 200 degrees lower than an oven so the protein strands don’t tense up as fast and expel all the juices of the food,” says Schor. “No more frying fish, no more smelly house.”

If you see something like “64-degree egg” on a brunch menu, that’s their sly way of suggesting they made it sous vide. “It’s dumb,” Schor says of the temperature declaration, “but the eggs are good.”

As for meat alternatives like tofu and tempeh, Schor says they don’t require the whole sous vide process, because you just want to heat them up, not cook them through. But he says popping a vacuum-sealed tofu stew in the circulator works well for a quick dinner.

This one might throw you for a loop: Schor says sous vide is great for heating up breast milk. “So long as the bottle is safe for heating up, you fill the bottle and let it float in the water bath.” (Talk about multi-purpose.)

There is no ‘one size fits all’ approach to treat severe asthma, study shows