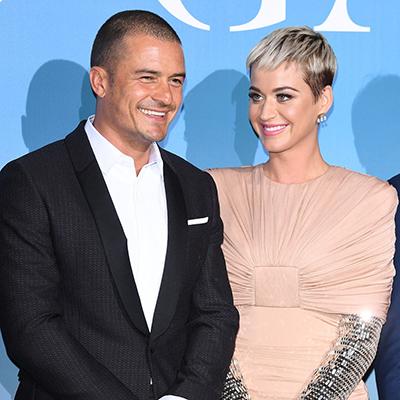 It was an extra special Valentine’s Day for Katy Perry and Orlando Bloom. The couple announced their engagement by posting matching Instagrams in the wee hours of the morning after the holiday. In the photo they posted, the couple are surrounded by heart-shaped balloons, and Perry shows off her on-theme red-and-white engagement ring. Perry captioned her photo “Full bloom,” while Bloom wrote “Lifetimes.”

The couple were first seen together in the start of 2016, and seemed to confirm dating rumors when they wore matching Tamagotchis to the Met Gala. The two parted ways in 2017, but were then seen together again around the world—in Rome! in Aspen!—starting in 2018. Perry was previously married to Russell Brand, while Bloom divorced from Miranda Kerr in 2013.

As reported by People, Perry’s mother posted about the couple’s engagement on Facebook, writing “Look who got engaged on Valentine’s Day!”