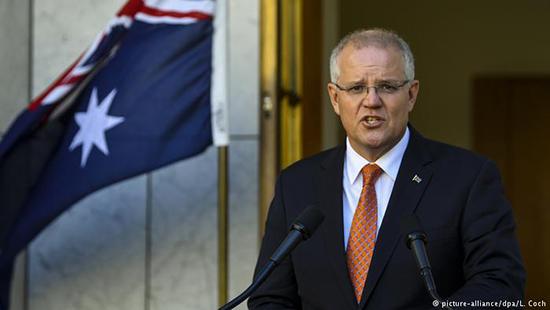 A cyberattack this month targeted the Australian parliament’s computer network. Prime Minister Scott Morrison reassured Australians that the country’s electoral infrastructure was not affected by the hack.

Australia’s Prime Minister Scott Morrison said on Monday that a recent hack on political parties had likely been carried out by a foreign nation. The announcement followed a swift investigation by Australian security authorities.

“Our cyber experts believe that a sophisticated state actor is responsible for this malicious activity,” Morrison told parliament.

The hacking was initially reported on February 8 and targeted the computer network of Australia’s parliament, which is used by lawmakers and their staff. Those affected were prompted to change their passwords and take additional security measures.

“Our security agencies have detected this activity and acted decisively to confront it. They are securing these systems and protecting users,” Morrison added.

The Australian Signals Directorate, which worked with the parliament in investigating the attack, had previously given strong indications that it suspected state actors from the very beginning.

Prime Minister Morrison did not provide details on what information was stolen in the hack, but reassured the public that no evidence existed of election interference.

“We also became aware that the networks of some political parties, Liberal, Labor and Nationals have also been affected,” Morrison said.

Labor party leader Bill Shorten said the attack was of “grave concern” and warned the public of becoming complacent.

The cyberattack comes shortly before Australians are expected to go to the polls in May to vote in the next general election.